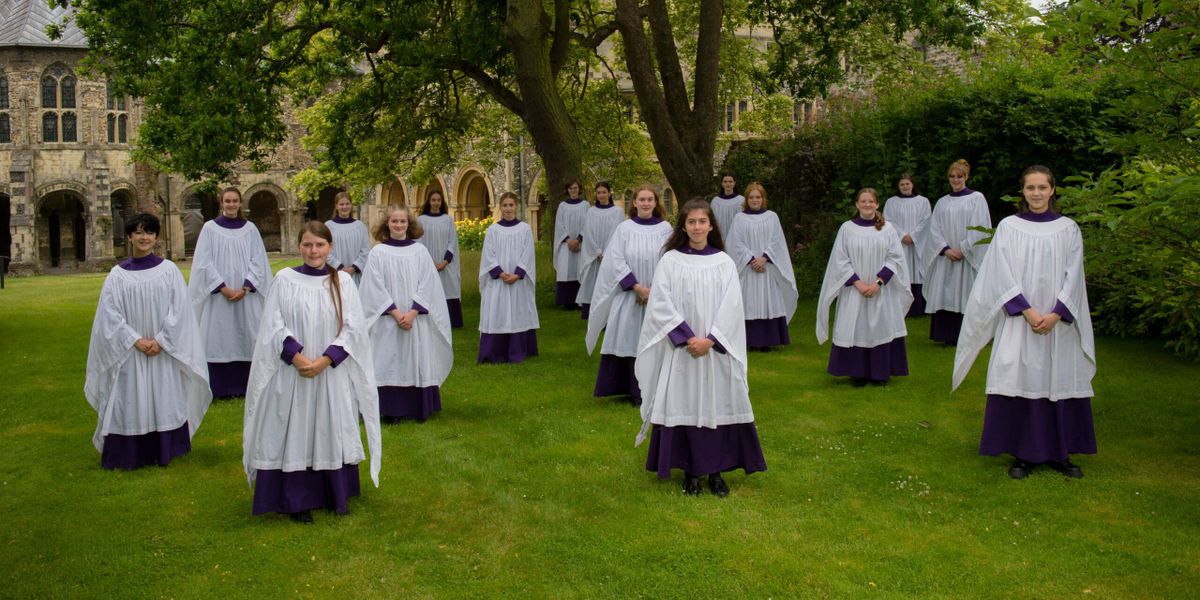 “The sound created under the choir’s director David Newsholme is bright and smoothly blended, with excellent articulation and dynamic detail”

The formation of Canterbury Cathedral’s Girls’ Choir in 2014 was covered widely by the international media and featured in a BBC documentary about the Cathedral.

Since then the choir has performed at numerous events of significance, including the service held to mark the 20th anniversary of the ordination of women priests and the consecration service of the Bishop of Europe. More recently they sang at a service of dedication and unveiling of two royal statues, attended by HM the Queen and HRH the Duke of Edinburgh, and the consecration service for the first female diocesan bishop.

The Girls’ Choir regularly collaborates with world-class ensembles, recently including His Majestys Sagbutts and Cornetts, Fretwork, The English Concert, The Harmonious Society of Tickle-Fiddle Gentlemen, and VOCES8. The choir has recorded for Decca Records, Signum Classics and BBC Music Magazine; it has featured as artists of the week on Classic FM and Apple Music, and has performed live on BBC and ITV television.

Canterbury Cathedral Girls’ Choir has been generously supported by The Peter Cundill Foundation.

The Girls’ Choir consists of 25 girls aged between 12 and 18, from a variety of local schools.

Rehearsals take place on Monday and Wednesday (19.00-20.30) and on Monday there is also music theory tuition (18.00-19.00). The choristers sing Evensong on Wednesday at 17.30, with a short rehearsal beforehand (16.45-17.30).  They then have dinner between the service and the rehearsal at 19:00.  At the weekend they sing at least one service, usually alongside the Lay Clerks of the Cathedral Choir, with another rehearsal beforehand. In addition, the Choir performs at special occasions including Easter Day and Christmas Day and maintains an active concert and recording profile.

For information about joining the choir, please contact Director of Music David Newsholme.