Jo Kelly-Moore announced as next Dean of St Albans 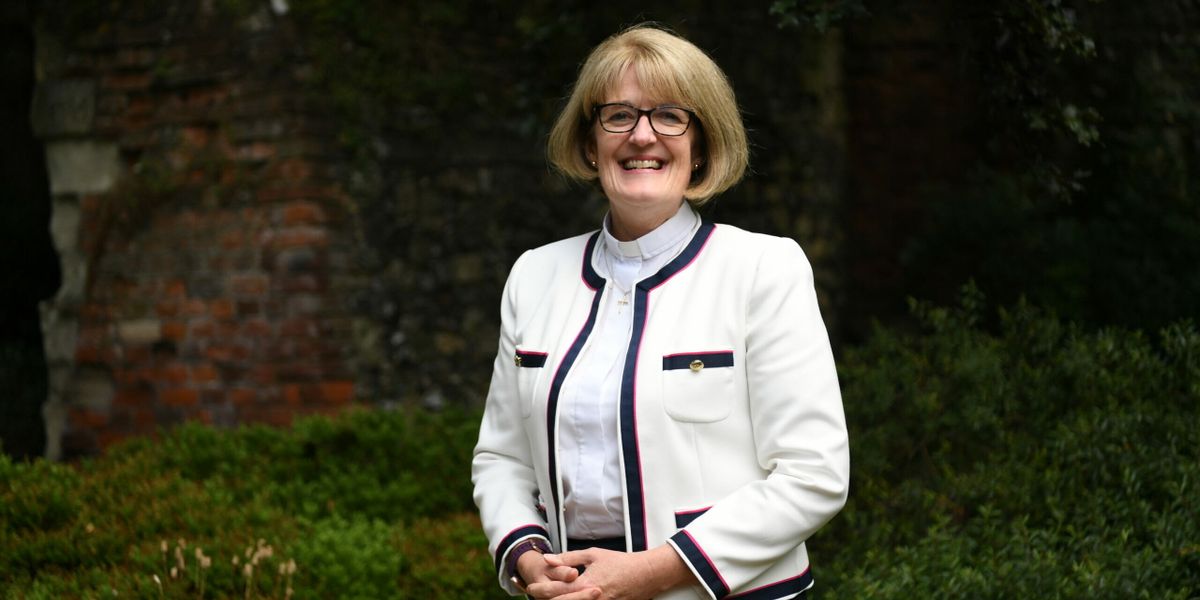 Speaking in response to the announcement, the Most Hon & Rt Revd Archbishop of Canterbury Justin Welby said: “This is a fantastic appointment. Jo has been a real gift to Canterbury Diocese and she will be sorely missed. She navigates the complexities of the Church of England with humour, grace and skill and her commitment to the gospel of Christ is evident in her life.”

Speaking of her time with Canterbury Diocese, Jo said: “It has been a joy and a privilege to be in ministry alongside the people and communities of Canterbury Cathedral and Diocese – thank you! It has also been a time of great change and I have no doubt that exciting times lie ahead. May God continue to bless you as you seek to let God’s transformational love overflow from your lives into the lives of those you meet.”

The Very Revd Robert Willis, Dean of Canterbury, said: “As a Chapter and Cathedral community, we offer our warmest congratulations to Archdeacon Jo on her appointment as Dean of St Albans. For the last five years, she and Paul and Adam and Nathan have shared our life here in the Precincts of Canterbury and we shall miss them greatly. Jo is no stranger to the work of a Dean and her experience in Auckland Cathedral, together with the energy and vision for both cathedral and diocese which she has demonstrated here in Canterbury, will be gifts which St Albans will both benefit from and enjoy.”

The Rt Revd Rose Hudson-Wilkin, Bishop of Dover, added: “Jo’s passion and commitment to seeing faith lived 24/7 has been at the heart of her ministry here in the diocese. I have found her to be a fearless, charismatic and compassionate leader. I have thoroughly enjoyed having her as a colleague and will personally miss her support. Our loss will be St Albans’ gain.”

The Dean-Elect will be installed in the Cathedral to begin her ministry in December 2021. Details of an opportunity for the Diocese to say farewell to Jo will be announced in due course.

Jo Kelly-Moore has been the Archdeacon of Canterbury and a Residentiary Canon of Canterbury Cathedral since 2017.During her time in Canterbury Diocese she served on the Church of England’s General Synod, contributing as a member of the steering committee for the 2021 Cathedrals Measure. She also championed the discipleship and empowerment of young Christians as Co-Chair of the Diocese’s Children and Young People’s Framework. Through Changing Lives Conversations, Jo highlighted the power of conversations about faith in everyday life. She has also played a key role in the development of the diocesan environmental strategy and has served on a number of diocesan and Cathedral committees.

From 2010 to 2017, she was the Dean of Auckland in the Anglican Church of New Zealand from 2010 to 2017. During her time there, she oversaw the completion of the cathedral church building and was also deputy vicar-general of the diocese. She served on the general synod of the Anglican Church in Aotearoa, New Zealand and Polynesia and on that synod’s standing committee. Prior to her ordination, she practiced as a solicitor in both New Zealand and London. She is married to Paul and they have two adult sons.