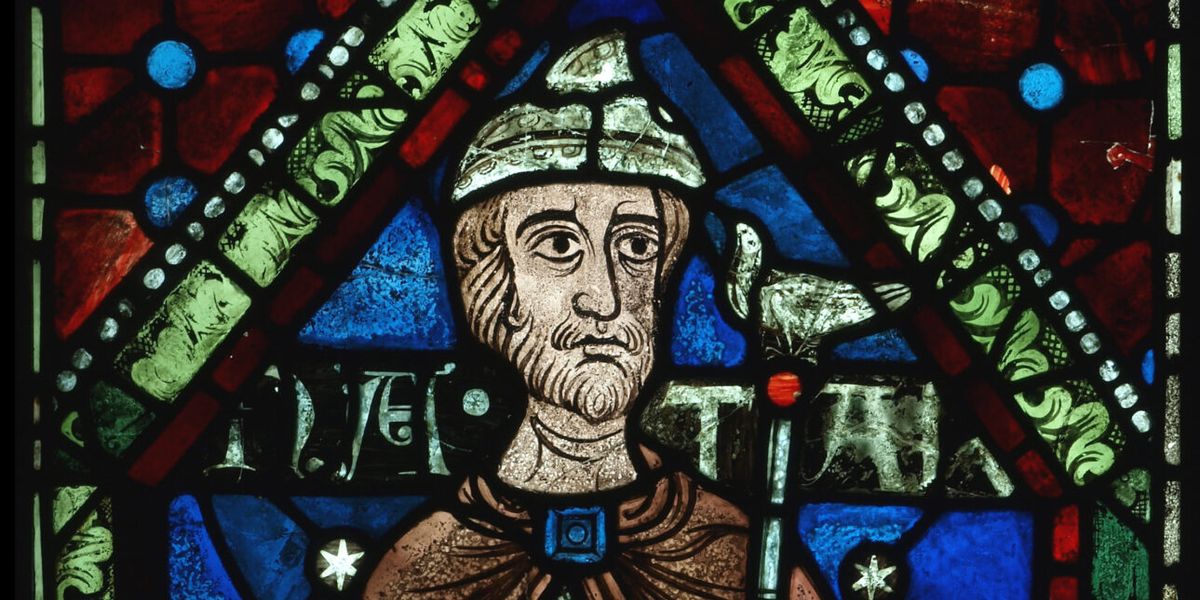 A series of eighty-six windows depicting the Ancestors of Christ were created for the Cathedral in the late twelfth century, as part of a rebuilding programme, which took place after a devastating fire in 1174.  The installation of the windows continued from the late 1170s through until 1220, periodically disrupted by political upheavals.

The peer-reviewed study using chemical analysis, published in Heritage, supports a suggestion made by art-historian Madeline Caviness in the 1980s that four of the panels installed in the thirteenth century are stylistically much older and date to the period 1130-1160.  They had been present in the Quire of the earlier building and survived the fire, when they were stored for future use and later adapted for the clerestory of the new building.

Video: How BBC News reported the story on Monday 26 July 2021

The UCL group analysed the windows using a non-destructive method of chemical analysis known as portable x-ray fluorescence, developed for the purpose by Laura Adlington, who was then a PhD student in the UCL Institute of Archaeology. The study involved the first use of a specially-designed attachment for the spectrometer, which was 3D-printed at the UCL Institute of Making, and which enabled non-destructive analysis of the glass, without the need to remove physical samples from the windows. The results showed that the glass of one of the four stylistically distinct windows, depicting the prophet Nathan, was made using an earlier recipe than other thirteenth century windows, supporting Caviness’s hypothesis.

Léonie Seliger, Director of the Stained Glass studio at Canterbury and a co-author of the study, said “The technique of stained glass window production had a long development, beginning in about the eighth century, but the earliest existing stained glass windows in Europe are believed to date to the 1130s.  This study suggests that some of the Canterbury Ancestors may also date to this very early period. It also provides clues about the iconography of the early 12th-century church at Canterbury, including the ‘glorious choir’ as the 12th-century historian Gervase called it, that was destroyed by fire.”

Dr Adlington said, “The inaccessibility of medieval stained glass, embedded in the walls of our cathedrals and churches, has limited our ability to learn more about them using scientific analysis. The potential of this in situ methodology using x-ray fluorescence to study medieval windows is very exciting.”