Canterbury Mosque’s Message of Solidarity at the Cathedral 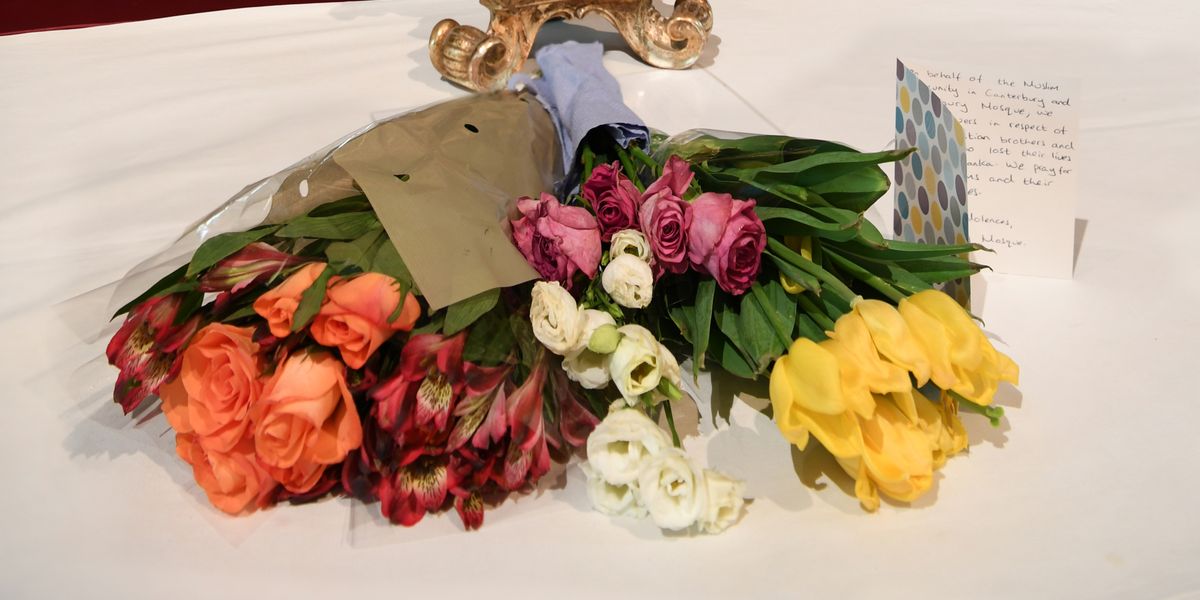 The Imam of Canterbury Mosque and members of the city’s Islamic community made an impromptu visit of solidarity to the Cathedral during a service on Sunday 28 April.

Imam Ihsan Khan brought flowers and a card offering good wishes after terrorist attacks in Sri Lanka on Easter Day. Three of the attacks were in churches and many Christian worshippers were killed.

The Dean the Very Revd Dr Robert Willis interrupted the Eucharist service to say: “Last week on Easter Day when the Archbishop was preaching, he added on our behalf words of commiseration, and shock and sadness at the situation which was even then unfolding in Sri Lanka.

“It’s only a few weeks before that we were praying with heartfelt prayers for the Islamic community in Christ Church, New Zealand, and we have been given so many pictures of the fragility and vulnerability of holy places.

“What’s about to happen is as much a surprise to me this morning as it will be to you, but it’s a lovely thing – I’ve been handed a note here which says:

‘On behalf of the Muslim community in Canterbury and Canterbury Mosque, we lay flowers in respect of our Christian brothers and sisters who lost their lives in Sri Lanka. We pray for the victims and their loved ones. Our condolences, Canterbury Mosque.’

The Dean asked the congregation to stand and applaud as he welcomed Imam Khan and members of the Canterbury Mosque into the Quire to place the flowers at the Altar to commemorate those killed.

Then the Dean embraced the Imam and invited him to speak.

Imam Khan said: “At times like this I think it’s vital that, as the community in Canterbury, we show the rest of the world that no matter what faith, or of no faith we are, we are still brothers and sisters in humanity and that’s one of the things we need to push forward in Canterbury.

“We can set an example to the rest of the world by what we do in Canterbury because Canterbury is a wonderful place. It’s one of the most diverse places and we get along here just fine.

“Because terror has no faith. It has no religion and it has no colour.”

The Imam then invited the congregation and community to pray together after which they offered each other the Sign of Peace.

The Dean added “The sharing of the Peace which followed in handshakes, embraces, and applause expressed the warm gratitude felt for this wonderful gesture and intention for our city.”