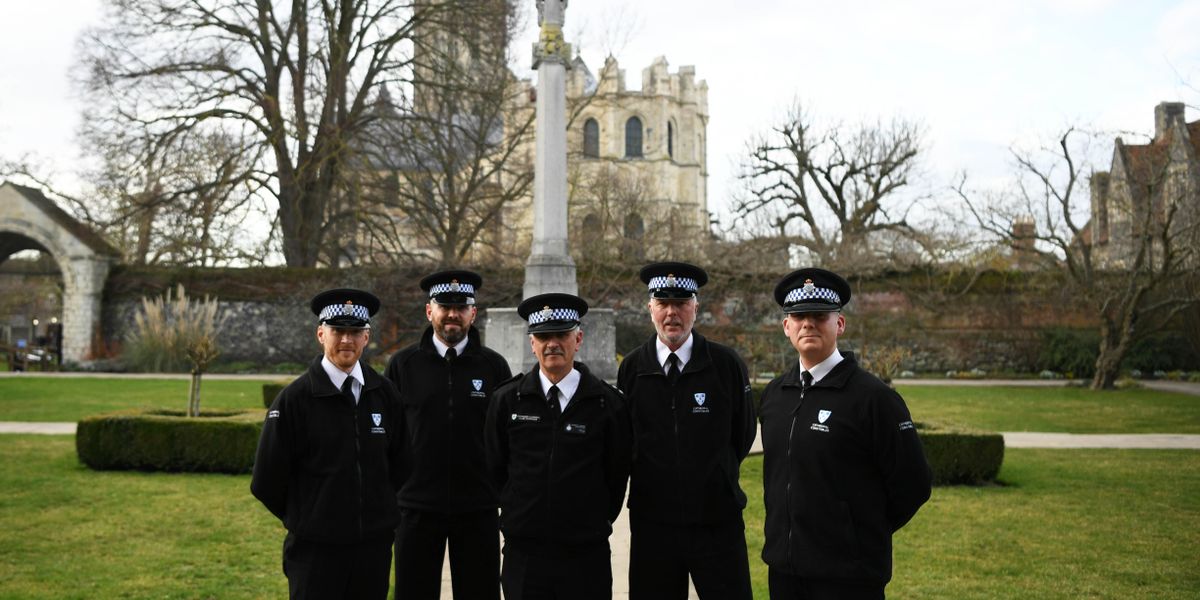 On Tuesday 19 February, a further four Close Constables were sworn in as Cathedral Constables at Canterbury Magistrates Court by Mrs Karen Dibble, Chair of the Bench of East Kent Magistrates.

During the Oath ceremony in which each candidate must swear to uphold the law and keep the peace within the Precincts. Each officer was then presented with their Warrant Card, which is their badge of Office and grants them the powers of a Police Constable within the Cathedral and its Precincts.

At the end of the Ceremony, Mrs Dibble explained the historic role of the Constables and to conclude the event, she was then presented with a bouquet of flowers by Jim Morley to thank her for her support in making this event happen.