Shield Secrets to be Revealed 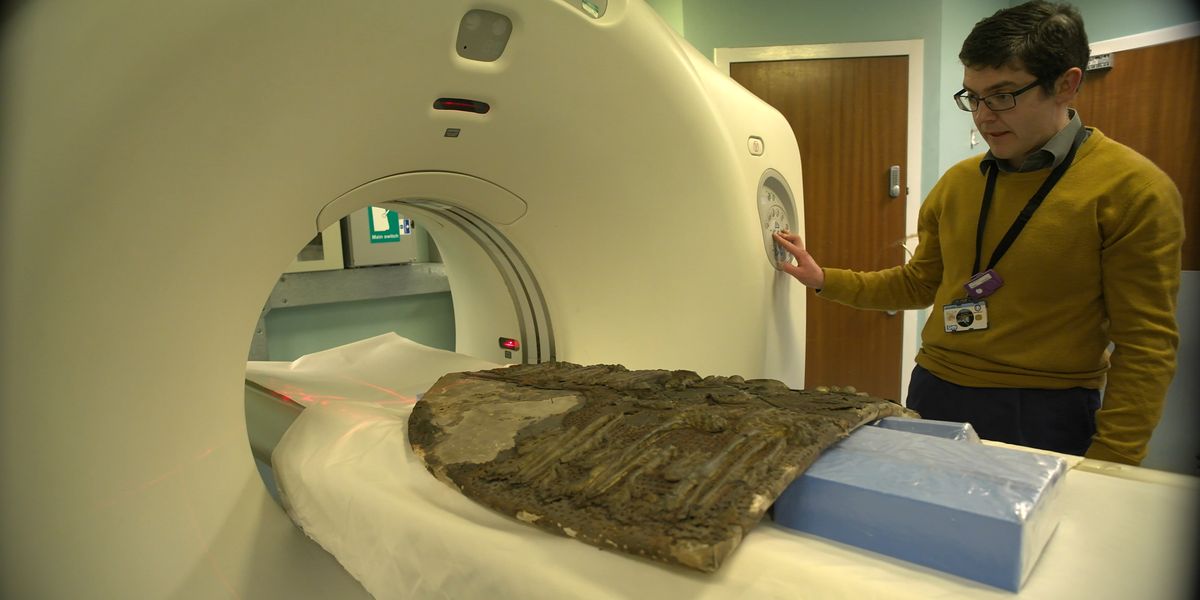 One of Canterbury Cathedral’s most treasured historical items has had a taste of modern medicine.

The 14th Century Black Prince’s Shield has been subject to a CT scan at Kent and Canterbury Hospital to help experts decide whether it was purely ceremonial or if it was made for battle.

The shield hung above the Black Prince’s tomb in the Cathedral’s Trinity Chapel for 600 years before it was taken down and replaced with a replica in the 1950s in an effort to protect the original.

Now as part of the £24.7million Canterbury Journey project the shield is being prepared for display later this year and this has given experts an opportunity to find out more about its history.

Watching the scan, which took place out of hours and was paid for by The Canterbury Journey, was medieval armour expert Bob Woosnam-Savage, Curator of Armour and Edged Weapons at The Royal Armouries, Leeds, the National Museum of Arms and Armour.

Bob said “It’s very, very exciting, it’s an exceptionally rare piece, and as far as we know this is the first time a medieval shield has ever been placed in a CT scanner.

“We’re trying to find out how it’s constructed and what type of wood it’s made from. In the past there has been conflicting evidence, some say it’s made from Fir, and some believe it’s Poplar. We’re also keen to find out if there is any evidence of shield straps. That may well indicate whether or not this was merely a decorative shield or if it was actually designed for use.”

Heather Newton, Head of Conservation at Canterbury Cathedral said “With the scan results we will be able to carry out further research and not only get beneath the surface of the shield but also freely rotate and move the shield  to carry out a more detailed examination. This would have been impossible to do with the original shield because it’s so delicate and fragile.

“There have been some really surprising discoveries, but at this stage more research needs to take place before we can make any categorical statements about its original function. What we can say is the shield appears to be consistent with the manufacturing methods of the 14th Century.”

Those wishing to get a close up view of the shield will have to wait until Summer 2019 when it will be on display in one of the Cathedral’s new exhibition spaces.

Main image above: Peter Such, Diagnostic Radiographer, carries out a test run with the CT scanner.