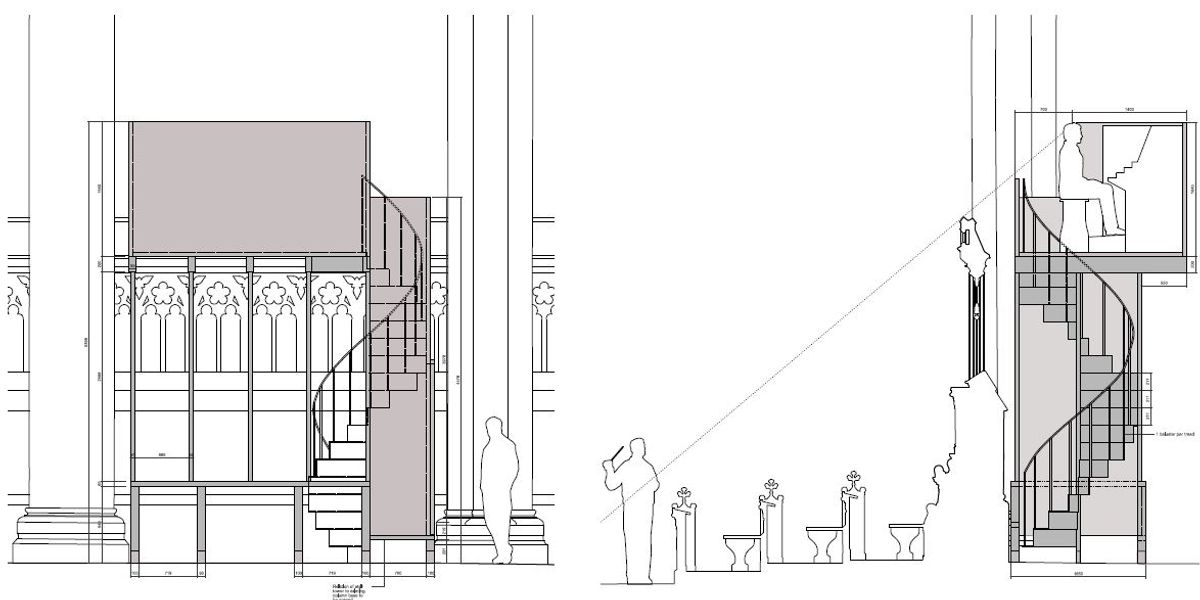 Work has started this week to build a new organ loft inside Canterbury Cathedral as part of complex project to restore and enhance the main organ.

A free-standing organ loft, the first new structure inside the Cathedral for several decades, is to be constructed in the north aisle next to the 12th century Quire and near to where an organ once stood until its removal in 1784.

The loft will contain the organ console with its keys, stops and pedals. The pipes, which are currently being improved and, where necessary, replaced are high up above the Quire, in the part of the Cathedral known as the Triforium.

Until April this year, the organ loft had been hidden at the top of the Pulpitum screen which divides the Quire and Nave. However, in this position there was no direct line of sight between the organist, choir master and choir and due to the building’s architecture, the sound from the pipes was distant and delayed to the ear of the organist making performance and accompaniment difficult.

Following acoustic testing it was agreed that the best place for the loft is in the North Quire Aisle and its design has been subject to extensive consultation with the authorities which oversee the care of cathedral buildings. Archaeologists have also examined the area and concluded that nothing of historical significance would be disturbed by the new structure.

The loft has been designed by architects Caruso St John and will stand in between columns, allowing the aisle to continue to be used as a processional route. The loft will be on a light framework of steel supports and the platform for the console enclosed in timber-panelled walls and reached by a spiral staircase,

The Cathedral’s Director of Music David Flood explained: “To have the organist much closer to the choir and to the pipes of the organ will be an enormous benefit to the performances which we give every day of the week.  The organist will have a realistic feel for the balance and a real sense of involvement which up to now was not possible.  We are very excited that this has been achieved.”

The new loft and console is being paid for by the Friends of Canterbury Cathedral in support of the Canterbury Voice fund-raising campaign led by the Cathedral Trust.

The building work is expected to take three weeks but the console will not be installed until next year. The work on the enhanced organ is due to be completed during the first half of 2020.

The image above is an architect’s drawing showing a cross section of the organ loft on the left and an indication on the right of the improved sight lines between the choir, choir master and organist.