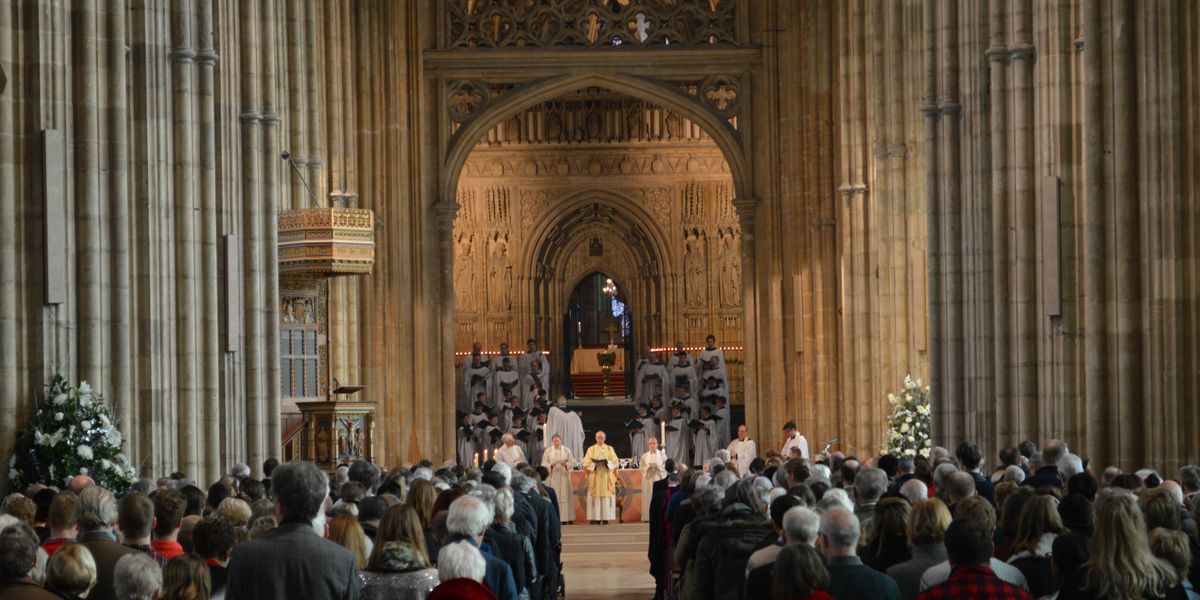 Attendance at Christmas services in England’s cathedrals has increased for the second year running according to statistics published today (Wednesday 24 October 2018) by the Church of England.

A total of 135,000 people worshipped in cathedrals on Christmas Eve and Christmas Day in 2017 – an increase of three per cent on the previous year, and the highest total since records began.

Attendances at Sunday worship in cathedrals throughout the year also continued to hold steady over a five-year period, while average weekday attendances continued their pattern of increase, with just over 18,000 attending in 2017, compared with 7,000 in 2000 when this data was first recorded. Over 10 years, the total number attending all regular services in cathedrals has increased by 10 per cent.

The Chair of the Association of English Cathedrals, Adrian Dorber, who is Dean of Lichfield said: “Cathedrals minister in a culture that is more and more diverse, spiritually attuned, but religiously unaffiliated. They offer a mixture of absolute reliability, being open every day, and missionary enterprise. We attract large numbers of committed and skilled volunteers and the public likes to visit not only at Christmas and for national commemorations but also for events, performances and exhibitions where they are free to think new thoughts, wonder, reflect and pray.

“Much of our outreach work through education and music is reaching bigger numbers of schools and students year on year and it’s good to be able to help a rising generation with their discovery of their talents and knowledge.

“Cathedrals aren’t complacent about what opportunities lie before them, but these statistics accurately portray where they are making an impact and what they are trying to do.”