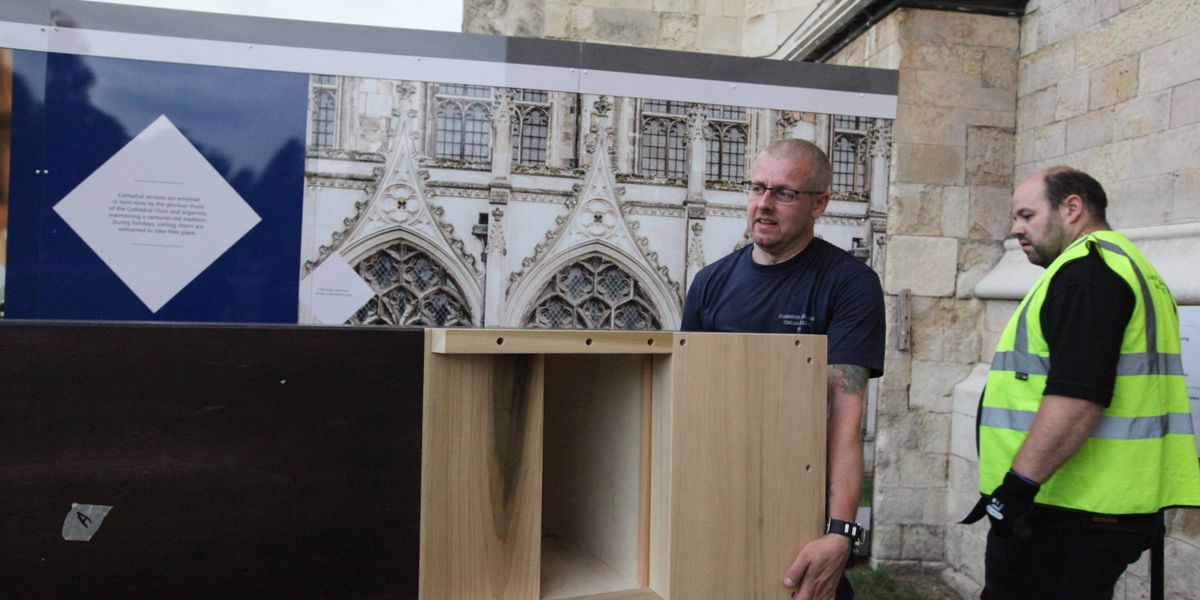 A major milestone in the creation of a new organ for Canterbury Cathedral was reached on Monday (13 August 2018) when 32ft pipes, known as double open woods, made a welcome return to the building.

The long pipes were removed and not replaced when the organ was restored in the 1970s. But they have been much missed and a rank of new open woods is being installed with the first three making their way in 8ft sections from Durham organ builders Harrison & Harrison this week.

Cathedral Organist David Flood said: “As we have not had this very special sound for such a long time and it is one of the most telling new stops for the new organ, the introduction of the new organ is beginning with one of the most exciting additions. It is also the first section of organ ever to go in the north Triforium. The preparations for that have been very exhaustive so this is a real triumph.”

The new organ, which will have more than 6,000 pipes, will be ready for the Lambeth conference in July 2020 when more than 900 bishops from around the world are due to meet together in Canterbury.

The last notes of the former organ, which had reached the end of its fully playable life, were played in April and currently a temporary digital organ is being used.

The £4.2 million cost of the new organ is to be met by a fund-raising campaign called The Canterbury Voice which is being run by the Canterbury Cathedral Trust. As part of the fund-raising supporters are encouraged to Adopt a Stop(rank of pipes) and already £60,000 has been raised through this scheme.