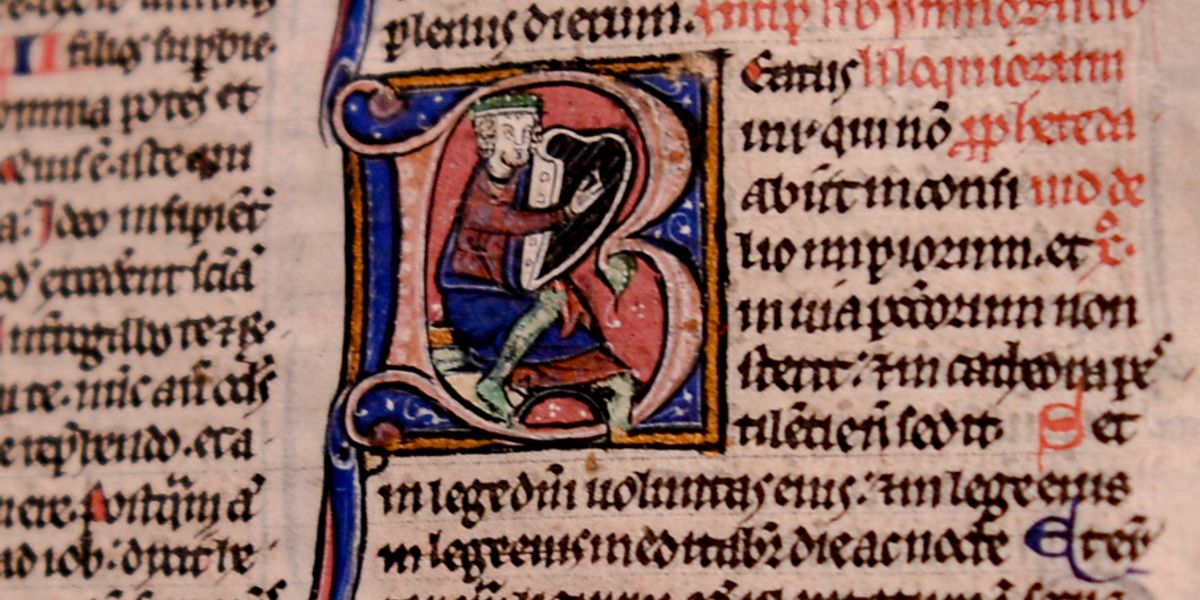 A rare medieval Bible has been saved for the nation and returned to Canterbury Cathedral 500 years after it disappeared from the Cathedral’s monastic book collection at the time of the Reformation.

Now known as the Lyghfield Bible, after the 16th century Cathedral monk who once owned it, the 690-leaf volume was purchased at auction from a private seller at a specialist sale of manuscripts in London in July. The £100,000 purchase was made possible with a grant of almost £96,000 from the National Heritage Memorial Fund (NHMF) and further funding from the Friends of the National Libraries, the Friends of Canterbury Cathedral and a private donation.

The Lyghfield Bible was written in the latter 13th century on high quality parchment or vellum which is almost tissue-like in quality. The fine Latin script and extensive and very fine illumination (decoration) was probably produced in Paris, one of the medieval centres for this type of work.

The Bible is pocket-sized and as such was designed for personal use, possibly whilst travelling.  The volume formed part of the collection of the medieval monastery of the Cathedral in the 16th century, but may well have been in Canterbury well before that time.

As the Cathedral’s monastic community was disbanded during the Reformation, the library and book collection of Canterbury Cathedral were dispersed with many volumes destroyed or taken apart for the reuse of their materials. Exactly what happened to the Lyghfield Bible requires further investigation but now it is back to join the very small percentage of the book collection that survived, amounting to some 30 volumes from the thousands that were once held.

The Lyghfield Bible is the only complete Bible from the medieval book collection which is now at the Cathedral and is part of a collection which is inscribed on the UNESCO UK Memory of the World Register.  It is the finest example of a complete illuminated book from that collection and it is planned that it will be displayed in the new exhibition area being developed at the Cathedral as part of The Canterbury Journey project.

Canterbury Cathedral Head of Archives and Library Cressida Williams said: “We are very grateful to the support from funders. It is of the utmost significance to us to have here in our collections a copy of the core Christian text which was owned by one of the last monks of the medieval monastic community. The bible bears witness to the upheavals of the Reformation, a time which defined what the Cathedral is today, and will have a key role in telling visitors our story.”

Sir Peter Luff, Chair of NHMF, said: “Not only an incredibly rare book directly linked to one the most turbulent periods of British history, the Lyghfield Bible is also exquisitely beautiful. We at the National Heritage Memorial Fund agreed it was imperative it should be saved for the nation and returned home to Canterbury where its important story can be told to future generations of visitors, pilgrims and students.”