From Furnace to Frame – The Oculus Window 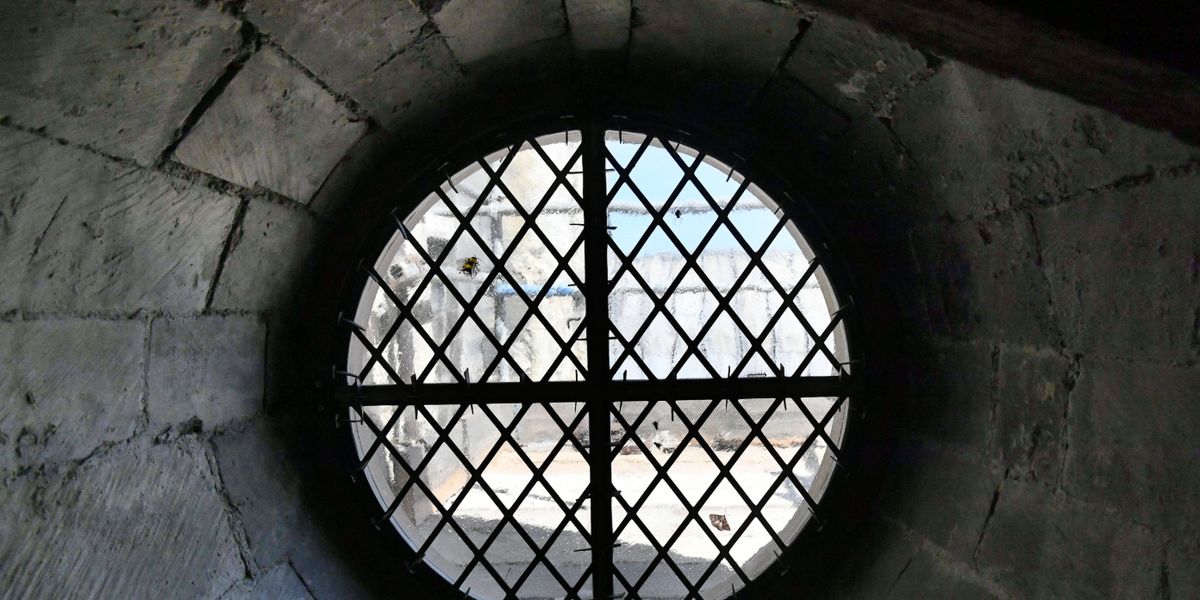 Medieval iron that had to be removed from the Great South Window during its conservation has been recycled into a new ‘oculus’ (Latin for eye) window in the north Triforium.

When repairs were carried out on the Great South Window the architects discovered that the large iron bars which stretched across the panels had ‘fishtail’ ends either side. They were designed to keep the iron in place as it expanded and contracted but it was actually causing part of the problem with the fabric of the window itself and was weakening the stone structure. The iron bars were replaced following extensive conservation work and then set to one side for future repairs.

A six foot section of iron bar, measuring two inches square, was sent to local blacksmith Julian Coode at his forge in Littlebourne where he constructed a small circular frame designed by the Stained Glass Studio at the Cathedral.

“I still use the same tools and skills as the blacksmiths who worked on the original Cathedral building,” said Julian. “The only difference is the power hammer, which I’m sure they would have used had that technology been available back then, but everything else remains the same.”

Meanwhile Cathedral carpenter, Martin Bennett, carved a new frame from Iroko wood to sit within the stonework. Iroko is a very durable hardwood and is resistant to both rot and insect attack, which is not a bad thing given the little twist that’s been applied to the window.

Each member of the stained glass team has painted a small insect onto one of the glass diamonds which were then leaded into the glass panels by Cathedral glazier, Fabian Gurschler.

With the panels, the wooden frame and the iron window frame completed it was down to stained glass conservator, Joy Bunclark, to first treat the iron frame with tannic acid to prevent rust followed by a layer of acrylic resin to prevent the tannic acid from reacting with the window lead.

The window, which has a 1,000 year guarantee (assuming basic maintenance is carried out every century or so), was then installed by Fabian and Dave Griffiths.

Leonie Seliger, Director of the Cathedral Studios, said “People don’t realise the diverse skills required to create what appears to be a straight forward round window. These are the same skills that were needed to build the Cathedral 800 years ago.

“What I love about this project is that the original iron used to construct the Great South Window will still remain at the Cathedral and will maintain the authenticity of the fabric of the building.”

The new window is high up on the North Triforium and not visible to the general public so we have included several images of the process for you to enjoy and also a short film about it’s manufacture.