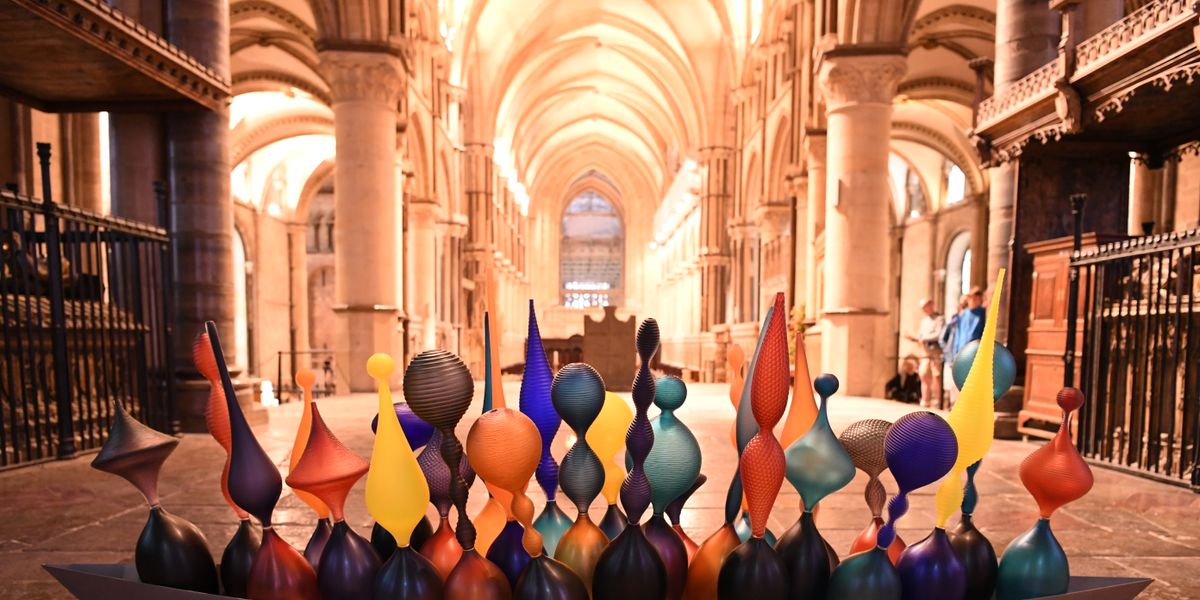 The current exhibition of extraordinary glass installations, Under an Equal Sky, which includes the magnificent boat shape hanging from the safety deck in the Cathedral Nave has been extended until January 2019.

The series of installations is by international artists Philip Baldwin and Monica Guggisberg and reflects on themes of war and remembrance, migration and refugees.

“Due to the wonderful response to the show, and in anticipation of the changing light going into winter, it has been decided to extend the exhibition from November through to Epiphany on Sunday, January 6th. Part of the inspiration for this has also been the magnificent light anticipated shimmering off the Boat of Remembrance in the Nave at the time of the memorial service on the anniversary of Thomas Becket’s assassination on December 29th. Some 600 people all gathered in holding candles. A beautiful moment of community as the capstone to the Cathedral’s year of remembrance.”

As visitors move around the Cathedral they come across the other installations including in the Martyrdom, four pieces blown at a workshop in Venice represent the four assassins of Thomas Becket and in the North Aisle a glass boat filled with spent shells, grenades and other debris together with sheets of statistics to ignite conversations about the plight of refugees in war, migration and “collateral damage”. The artists worked with the Cathedral Stonemasons to create The Stone Boat in St Anselm’s Chapel and in the Eastern Crypt is a triptych displaying the past, present and future. The exhibition ends in the Chapter House with a wall of coloured glass, celebrating all of human diversity.