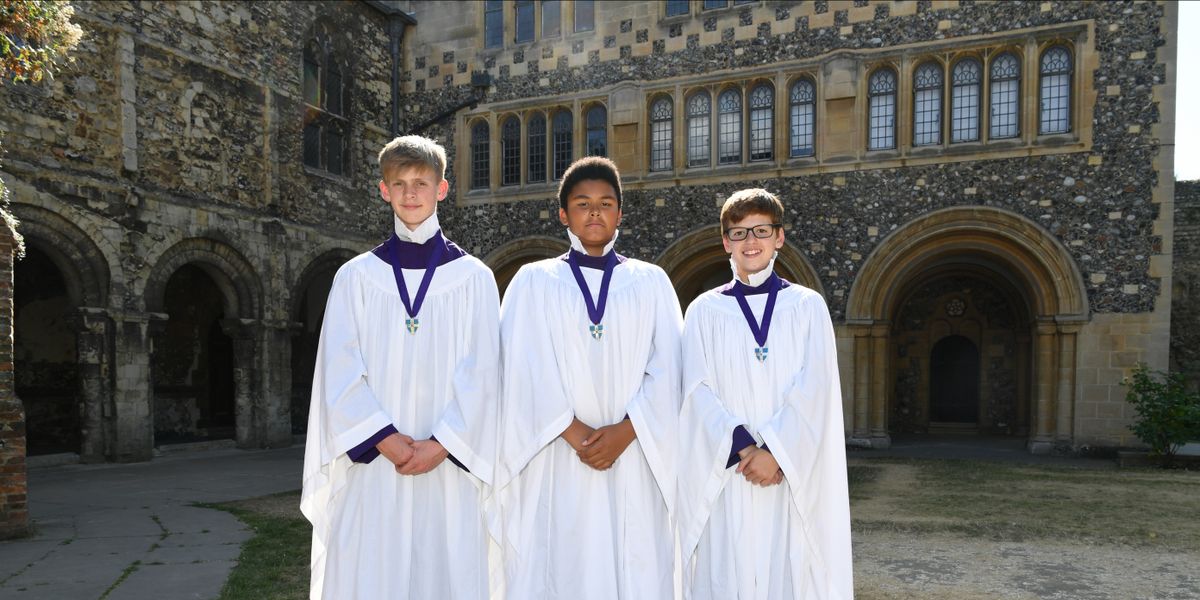 A sad farewell has been said to the group of choristers who have left after singing in hundreds of services, concerts and performances during their time at Canterbury Cathedral.

During the Eucharist service on Sunday morning, the boys and men of the Cathedral Choir sung Mozart’s Coronation Mass accompanied by a full orchestra which had been made possi

ble with a gift from the Friends of Canterbury Cathedral.

The Revd Nick Papadopulos also preached his last sermon as the Cathedral’s Canon Treasurer during the service. He is due to become the Dean of Salisbury in September.

On Saturday the Girls’ Choir had a busy day singing Evensong with the men of the choir and then a summer concert in the Crypt which was a last performance for leavers Rebekah Kennett,  Megan Bithel-Vaughan and Olivia Earl who are pictured left to right with Director of the Girls’ Choir David Newsholme. Imogen Bourner was unavailable when the photograph was taken.

All the girls are 18 and were among the founders members of the Girls’ Choir when it was formed in 2014. Megan said: “Being a member of the choir has been an absolutely amazing opportunity both musically and in making lifelong friends.”