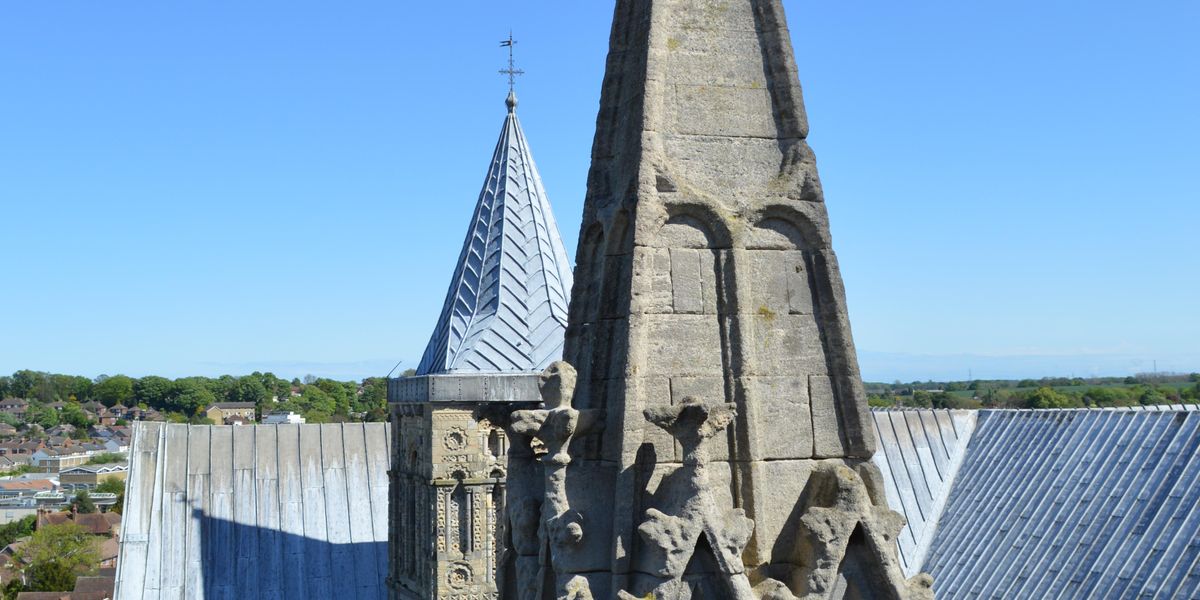 A national scheme to conserve and repair England’s cathedrals from which Canterbury  was awarded £400,000 has significantly reduced immediate risks, according to a report published on Tuesday (17 July 2018).

The £40 million First World War Centenary Cathedral Repairs Fund, launched by the Government in 2014, invited applications from Catholic and Church of England cathedrals to address urgent repair works. The fund prioritised making buildings weatherproof, safe and open to the public as well as ensuring they would be in a safe condition to host acts of remembrance for the centenary of the First World War armistice in 2018.

The money awarded to Canterbury assisted with repairs to the North West Transept and to the roof of the Library corridor.

England’s cathedrals contribute more than £220m to the economy each year, drawing in more than 11 million visitors.Each cathedral has the responsibility for raising the funds required for upkeep. However, with no regular Government funding, each cathedral faces an ongoing challenge to maintain their fabric while ensuring comfort, safety and accessibility for all.

In total, of 146 awards were made to 57 cathedrals. Twelve cathedrals were awarded more than £1 million each, and the average award was £274,000. Grants were awarded over two phases between 2014-18.

The independent report shows a significant reduction of problems requiring immediate repair as a result of the investment but warned that recipients all had outstanding repairs in areas not covered by the scheme.

Grants were awarded by an independent panel chaired by Sir Paul Ruddock, a position appointed by the Secretary of State. The Fund was administered by the Church of England’s Cathedrals and Church Buildings Division (CCB) on behalf of the Department for Digital, Culture, Media & Sport, with the CCB praised in the report for cost efficiency and excellent communication.

The report concluded that the fund had been successful in achieving its aims and met a funding need that could not be met elsewhere, adding that areas of cathedrals covered by grant-aided projects had been very largely changed from needing urgent repair to needing routine maintenance only.