Exploring Animals & Us at Turner Contemporary 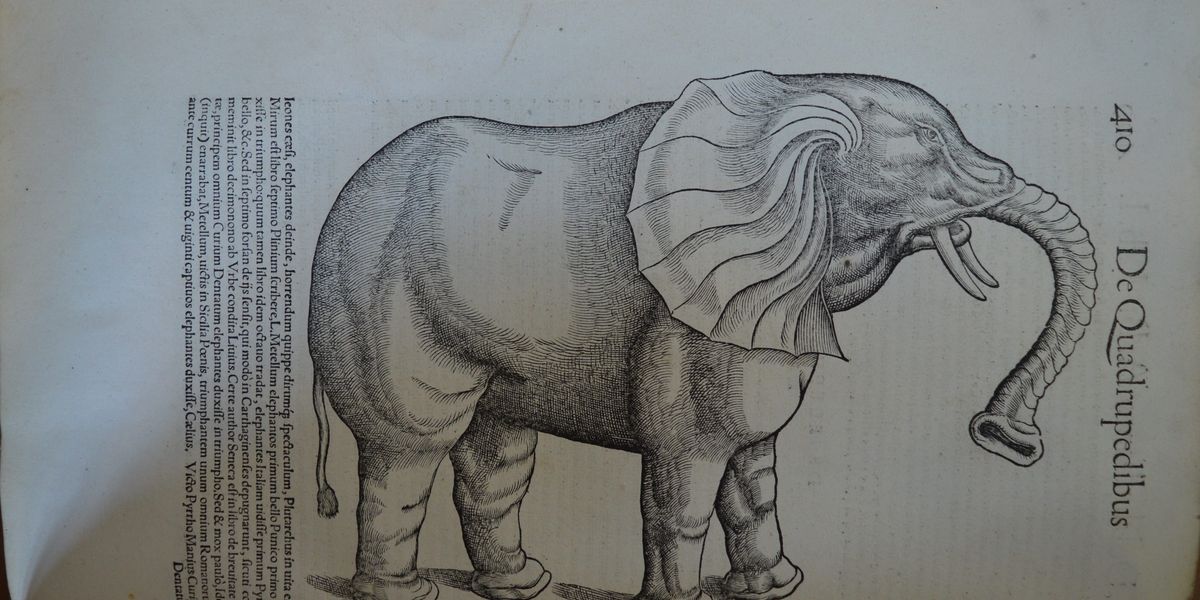 A selection of items from the Cathedral’s historic collections are going on loan to the Turner Contemporary, Margate, as part of their new exhibition, ‘Animals & Us’.

The 13th Century ‘Historia et Figurae animalium’ (A history of animals) is a wonderful example of a medieval Bestiary celebrating God’s inventions through the natural world.

Conrad Gessner’s 16th Century ‘Historiae animalium liber’ (History of the Animals), published at Zurich in 1551–58 and 1587, is an encyclopedic “inventory of renaissance zoology” by Conrad Gessner (1516–1565). Gessner was a medical doctor and professor at the Carolinum in Zürich, the precursor of the University of Zurich. The ‘Historia animalium’ is the first modern zoological work that attempts to describe all the animals known, and the first bibliography of natural history writings. The five volumes of natural history of animals cover more than 4500 pages. The ‘Historia animalium’ was Gessner’s magnum opus (masterpiece), and was the most widely read of all.

William Burch’s book, titled ‘A boke of drawing of the shapes and formes of divers beasts, foules, birds, fishes, monsters, serpents, trees, herbes, plantes, and flowers, with diverse accidents of antiquities, and armoury, drawn by me William Burch’.

Maria Sibylla Merian’s beautiful drawings of moths and butterflies are among the first to be created from direct observations of nature. Merian was a German-born naturalist and scientific illustrator and was one of the first naturalists to observe insects directly. Merian had started to collect insects as an adolescent and at age thirteen she raised silk worms, and published her first book of natural illustrations in 1675. In 1679 Merian published the first volume of a two-volume series on caterpillars (‘The wonderful transformation of the caterpillar’ known as ‘The Caterpillar Book’, the second volume followed in 1683. Each volume contained 50 plates engraved and etched by Merian. Merian documented evidence on the process of metamorphosis and the plant hosts of 186 European insect species. along with descriptions of their life cycles.

Animals & Us is a major exhibition exploring artists’ reflections on the relationship between humans and other animals. Focusing on contemporary and 20th century artists and including historical artworks and artefacts, Animals & Us explores our lives and encounters with animals, and how these have been reflected in art.