The Planting of a National Collection 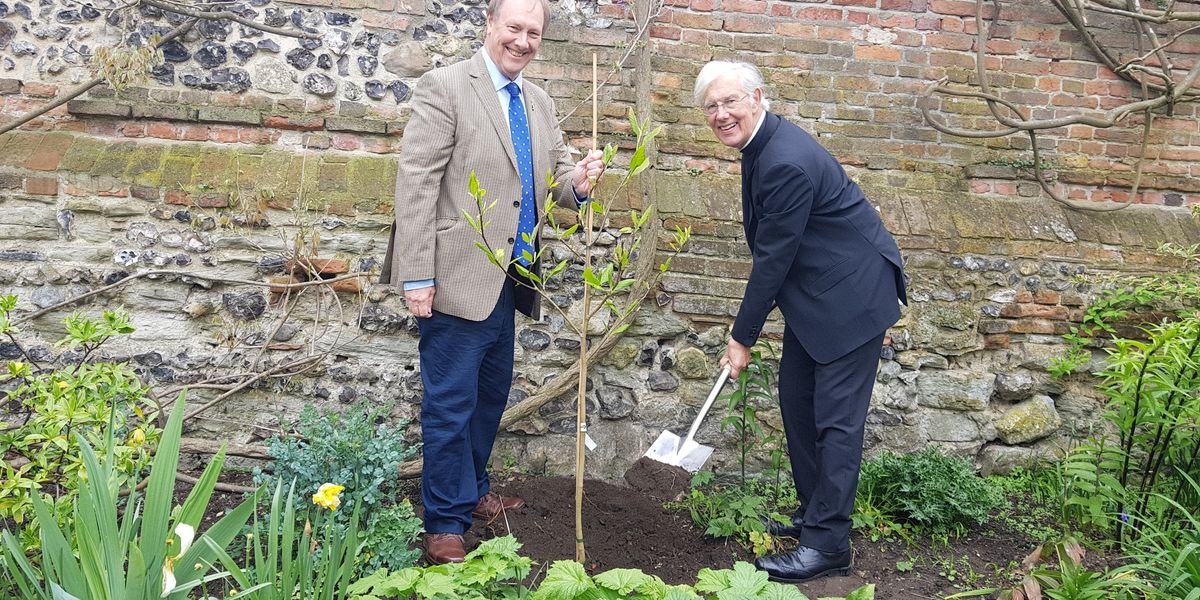 A special Magnolia tree was officially planted in the Memorial Garden of Canterbury Cathedral on Saturday 28 April.

The ‘Pickard`s Schmetterling’ Magnolia, planted by The Dean of Canterbury, the Very Revd Dr Robert Willis and Vice President of the Royal Horticultural Society, Jim Gardiner, is the first magnolia to form a part of a national collection of Amos Pickard Hybrids. The collection is a collaborative project between the Dean and Chapter of Canterbury and the RHS Rhododendron, Camellia and Magnolia Group (RCMG) who are campaigning to conserve threatened species and hybrids.

Speaking at the official planting Jim Gardiner said “The UK has a tremendous history of plant hybridisation and Amos Pickard must be regarded as one of the greats. So I`m thrilled that the Dean and Chapter of Canterbury Cathedral has recognised him with the Dean planting Magnolia x soulangeana `Pickard`s Schmetterling` today as well as his other hybrid magnolias being sourced by Sally and Pam Hayward of the Rhododendron, Camellia and Magnolia group of the RHS to be planted within the Precincts, a lasting legacy indeed”.

Amos Pickard (1913–1994), together with his wife, Lieselotte, produced many important magnolia hybrids at his nursery in Stodmarsh Road, Canterbury.
He moved there in 1966, and in 1967 took delivery of a large consignment of magnolias from the Koichiro Wada Nursery in Japan, including two plants which he planted in the Deanery Garden in that same year. One of these was a hybrid named ‘Picture’, the variety which Amos used as a parent for many of his hybrids. Known to produce fertile seed Amos raised a number of seedlings which he grew on to maturity and selected and named about 23 cultivars each prefixed with his surname.

`Pickard`s Schmetterling` was his favourite and he named it for his wife, having tall elegant flowers which flower prolifically on a fast upright growing small tree. Schmetterling, meaning ‘butterfly’ in German, was Amos’s pet name for Lieselotte. It is therefore an appropriate choice for this special planting to commemorate them both and in recognition of their magnolia legacy.