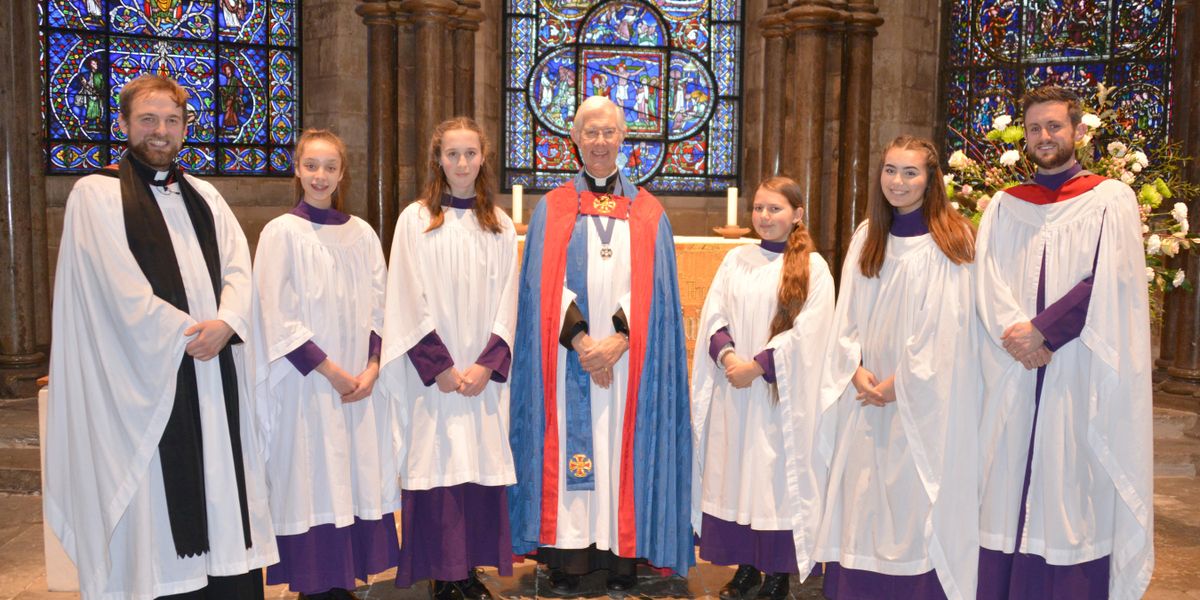 Four members of the Girls’ Choir formally became part of the historic tradition of Canterbury Cathedral when they were admitted as members of the Cathedral Foundation* on Saturday (2 February 2018).

Eldeca Marczin-Bundy, Georgina Scott, Leonie Carrette and Olivia Upton have just begun their second year with the choir and during Saturday’s Evensong they were presented to the Dean of Canterbury, the Very Revd Dr Robert Willis who admitted them as Foundation members. They are pictured above with the Dean, and Cathedral Precentor, the Revd Max Kramer (left) and Director the Girls’ Choir and Cathedral Assistant Organiser, David Newsholme (right).

Four girls have also just joined the Girls’ Choir after auditioning successfully in November 2017. Aneze Butler, Chloe Ribchester and Phoebe Tanner are pictured below. The fourth new member, Ruby Bright, was not available when the photograph was taken.

The choir is singing Evensong with the girls and men of Rochester Cathedral in Rochester at 15.15 hrs on Saturday 3 March and the girls are singing at Nackington Church at 18.00 hrs  on 24 March. Tickets are £10 and available in advance only  from 01227 769288 or email: friendsofnackingtonchurch@gmail.com. Instrumental Evensongs are also being planned for 5 and 12 May with The English Concert and Fretwork and the choir will be giving a summer concert on 14 July.