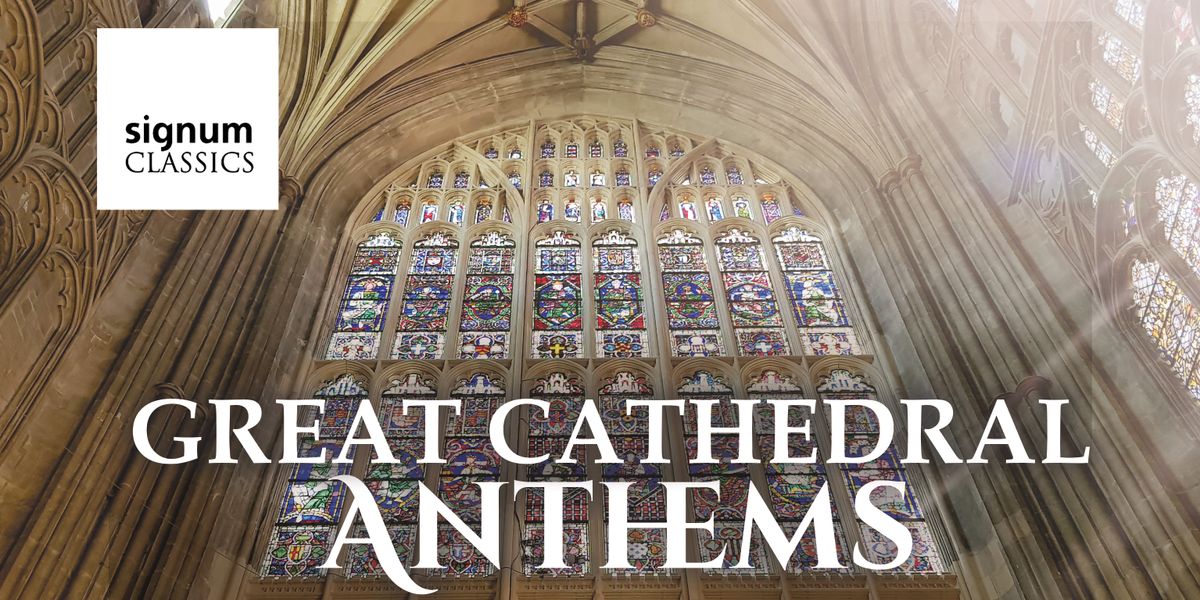 Hot on the heels of their Christmas album success, the girls of Canterbury Cathedral Choir have released another – this time with the men of the choir.

Great Cathedral Anthems was launched at Canterbury Cathedral on Sunday (28 January 2018) and is being distributed by the Signum Classics record label.

The 13 tracks on the album celebrate 400 years of choral classics and it is fitting that the first, Honor ,virtus et potestas was written by Thomas Tallis, a ‘singing man’ at Canterbury Cathedral between1540 and 1542.

David said: “This has been an exciting few months for the girls’ choir. At Christmas the girls experienced singing live on national television and enjoyed seeing the album and its tracks occupy top ten positions in the music charts.

“This latest release has been described as a British “choral history” and the girls and men sing some of the greatest works from the Renaissance to the 20th century.”

The album, which also includes See, see the Word is incarnate by 17th century English composer Orlando Gibbons who is buried at the Cathedral, has already won critical acclaim.

In a 4* review, the iclassical editor wrote:

This is a highly enjoyable, well recorded CD that flows well and contains some wonderful singing. With its broad spread of works, it would serve as an excellent introduction to British church music for those unfamiliar with this genre. Existing lovers of these anthems should also sample this release to hear for themselves the high standard of music-making that David Newsholme is achieving at Canterbury.

Recorded in the Cathedral in July 2016, lucky readers of the BBC Music Magazine have had a preview of the album which accompanied the April 2017 issue.

A new CD cover has been selected for the 2018 release and features a stunning photograph of the Cathedral’s newly restored Great South Window captured by Cathedral communications officer and photographer Lisa Emanuel.

Great Cathedral Anthems is available from online music stores and the Cathedral’s own shop in Burgate, Canterbury, and online here.

The Girls’ Choir was formed in 2014 and is grateful for the generous support of the Peter Cundill Foundation. The Foundation is the beneficiary of Peter Cundill’s legacy and custodian of his philanthropic interests: the health, well-being and development of young people worldwide.