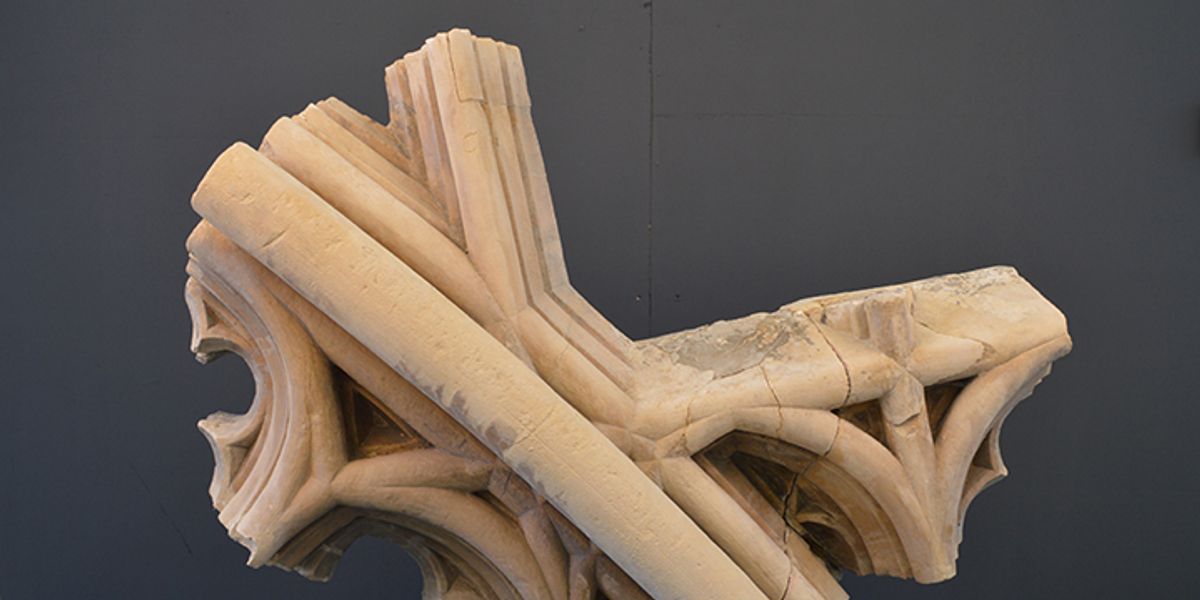 Medieval carved stonework from the Cathedral’s Great South Window has crossed the Atlantic to take centre stage in a prestigious New York exhibition.
The three pieces were among more than 100 lots sold at an auction organised by the Cathedral Trust in September 2016 which raised £210,000 for the future conservation at the Cathedral.
The Principal Mullion Arch Transom Head and two Principal Springer columns were carved from Caen stone that dates back to 1428 and were the largest items sold at the auction.
They are now featuring in Of Earth and Heaven: Art from the Middle Ages, an exhibition of Late Medieval painting, sculpture, stained glass, and goldsmith’s work in association with Sam Fogg, the world’s leading dealer in the art of the Middle Ages at the Luhring Augustine.
The auction attracted bidders from around the world. The stone sold was that which could not be reused in the window when it was rebuilt after structural problems were discovered in 2009.