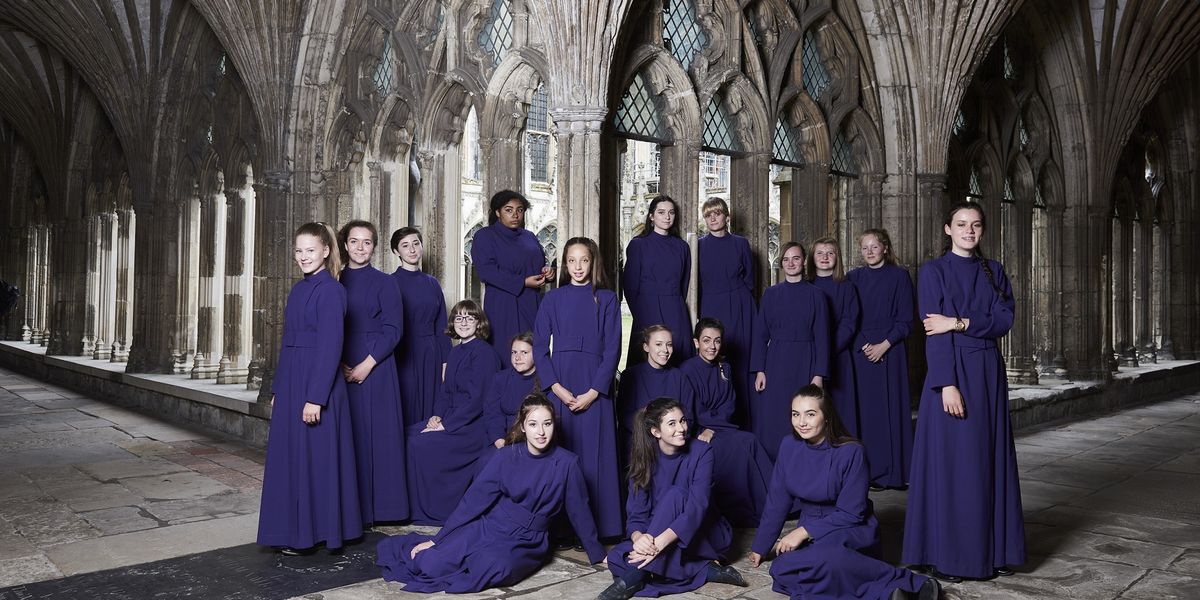 The album is due to be released on 1 December and follows hot on the heels of the girls’ debut performance of Handel’s Messiah at the Cathedral on Saturday (18 November).

With a foreword written by the Archbishop of Canterbury, the Most Revd Justin Welby, the new album features traditional Christmas carols, including Silent Night, Away in a Manger and O Holy Night.

But there is a special tribute to the Cathedral as one of the carols is Heaven Responds at Bethlehem, written for the girls to sing by the Dean of Canterbury, the Revd Dr Robert Willis. Cathedral bell-ringers also feature on the album as does harpist Mary Morley who plays at the Cathedral.

Girls’ Choir Director David Newsholme said: “Recording this album has been a fascinating and rewarding experience for the girls and we are very much looking forward to its release. It will be a great way to start the busy festive season during which the girls will be singing at all the major Cathedral carol services.”

The choir was formed in 2014; its 25 members are aged between 12 and 18 and attend secondary school in Canterbury or nearby. The girls have performed at numerous events of significance at the Cathedral and regularly sing Evensong at the Cathedral.

Christmas with Canterbury Cathedral Girls’ Choir is available for pre-order https://decca.lnk.to/CanterburyGirlsLT and a trailer can be viewed here https://youtu.be/HLMArHJt1ZQ

Tickets for Saturday evening’s Messiah when the girls will sing with the men of the Cathedral Choir and a period instrument orchestra called The Harmonious Society of Tickle-Fiddle Gentlemen are available from Canterbury Ticket Shop https://canterburyticketshop.com/shows/handels-messiah/