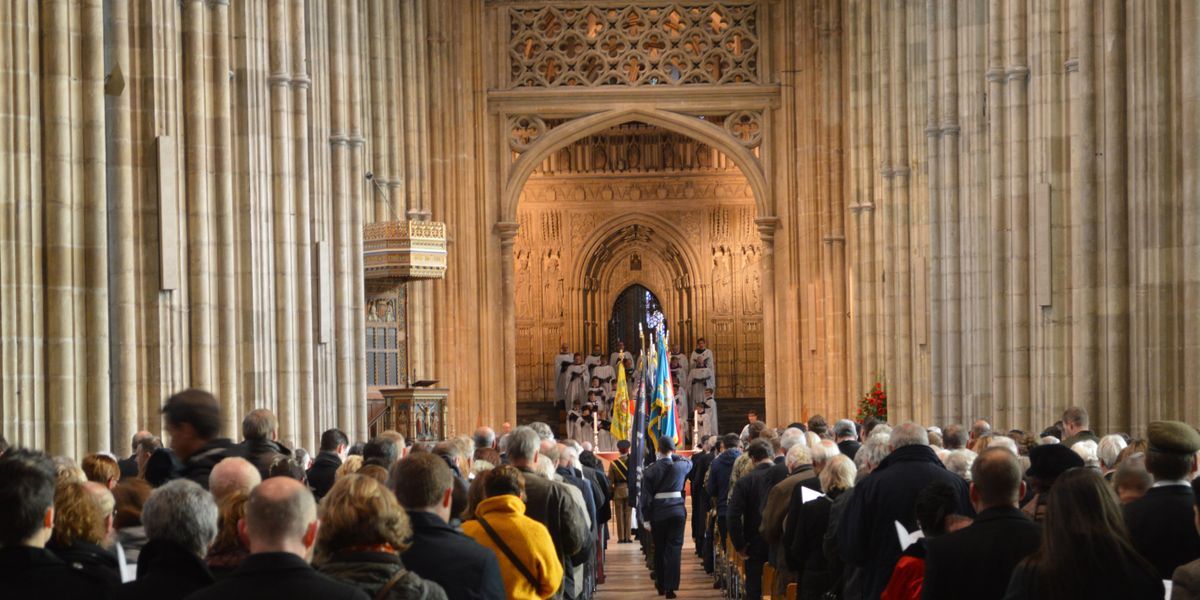 The Cathedral Nave was full for the annual Service for Remembrance Sunday which followed the laying of wreaths at the war memorial in the city’s Buttermarket.

The Lord Mayor of Canterbury, Cllr Rosemary Doyle and other civic dignitaries were met at the Great West Door by the Dean of Canterbury, Dr Robert Willis and as the congregation stood to sing Thy Hand O God Has Guided, the Colours of the Princess of Wales’s Royal Regiment escorted the Standard Bearers into the Cathedral.

At 11.00 the bell of HMS Canterbury was struck and the Last Post was sounded prior to the two minute silence.

The sermon was given by the Revd Clare Edwards and the Archbishop of Canterbury, the Most Revd Justin Welby gave the blessing after which the Colour Party and Standard Bearers processed out of the Cathedral followed by the civic dignitaries.