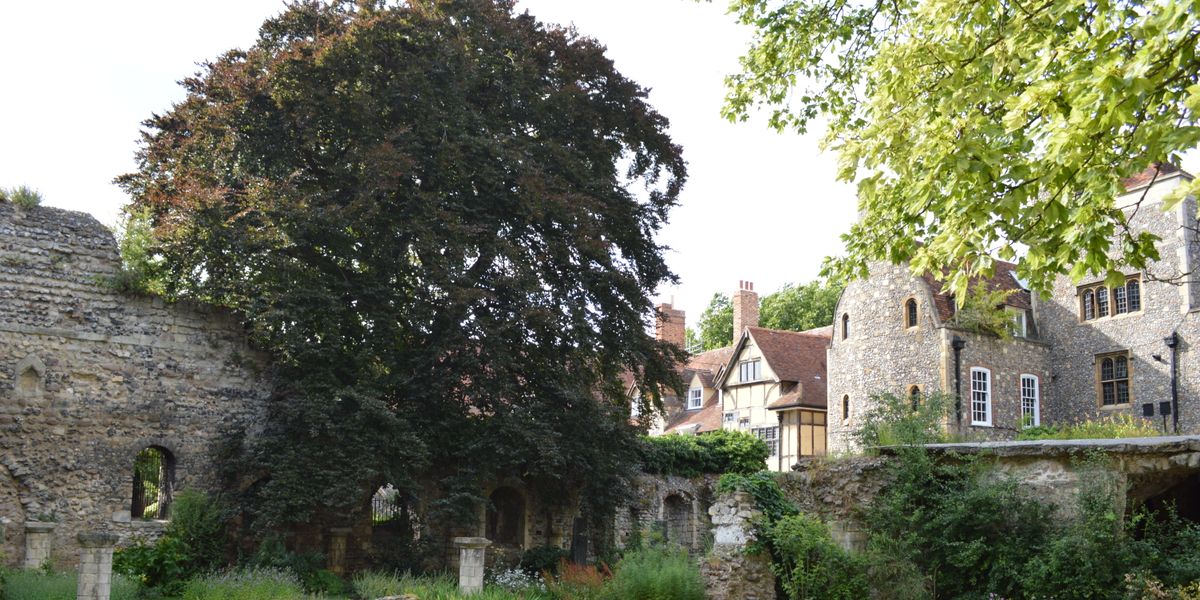 Congratulations to the City of Canterbury after receiving a Gold Award at the Royal Horticultural Society’s South and South East in Bloom finals.

The theme this year was biodiversity and RHS judges visited several sites across Canterbury including the Cathedral Precincts where they were shown around the gardens by Head Gardener, Philip Oostenbrink.

“At the Cathedral the judges were shown our bumble bee hives,” said Philip. “We spoke about sowing wild flowers in areas that were not in use and I showed them the new Friends’ borders.

“Finally we went into the herb garden where I spoke to them about a new herbal project we are doing with the Archives which involves using Near Field Communication technology to link plants in the Herb Garden with digital entries from a 1597 edition of  Gerarde’s The herball or generall historie of plantes. I was able to show them the first NFC labels we had activated which gained really positive comments.”

Congratulations also go to Canterbury Christ Church University for picking up a Gold Award for their grounds and gardens.