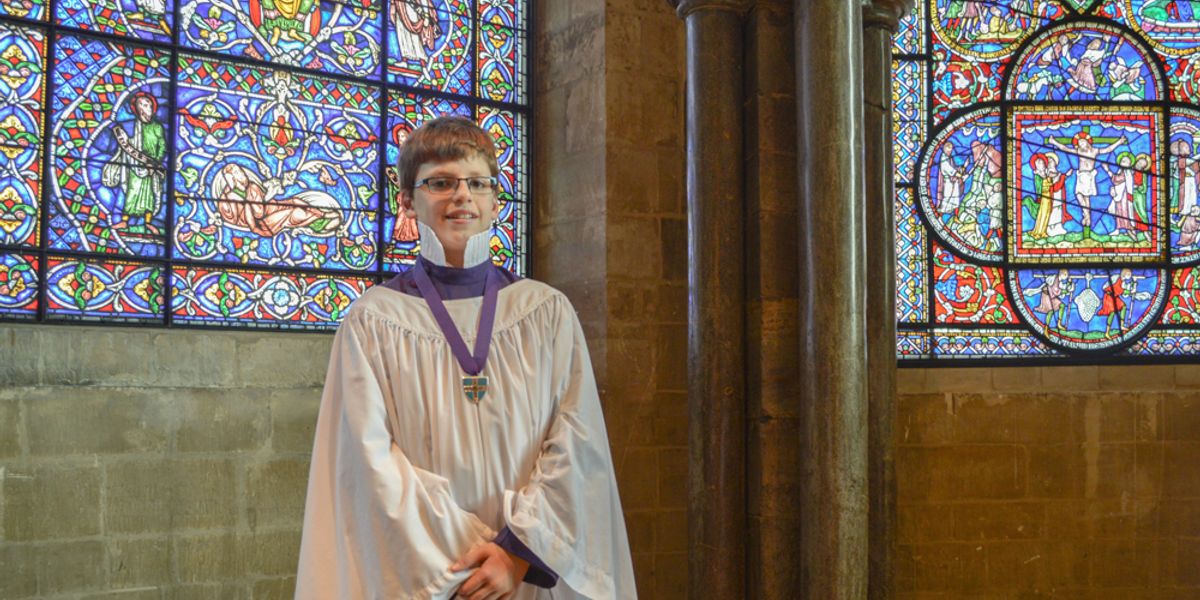 Cathedral Chorister Joseph Henry has received exciting news confirming, for the second year running, he has reached the final of the BBC Radio 2 Young Choristers of the Year competition.
Joseph is one of eight successful Choristers who will sing for a panel of expert judges at the final on Saturday 21 October at MediaCityUK, Salford.

Speaking of the Cathedral community’s excitement at this announcement Dr David Flood, Master of the Choristers, said:

“We are thrilled that our Chorister Joseph Henry has been chosen for the second year running as a Finalist in the BBC Radio 2 Young Chorister of the Year Competition. We wish Joseph “bon courage” and every success in this very exciting time. This is the fourth year running that a Chorister from Canterbury Cathedral has been chosen as a finalist. Go Joseph!”