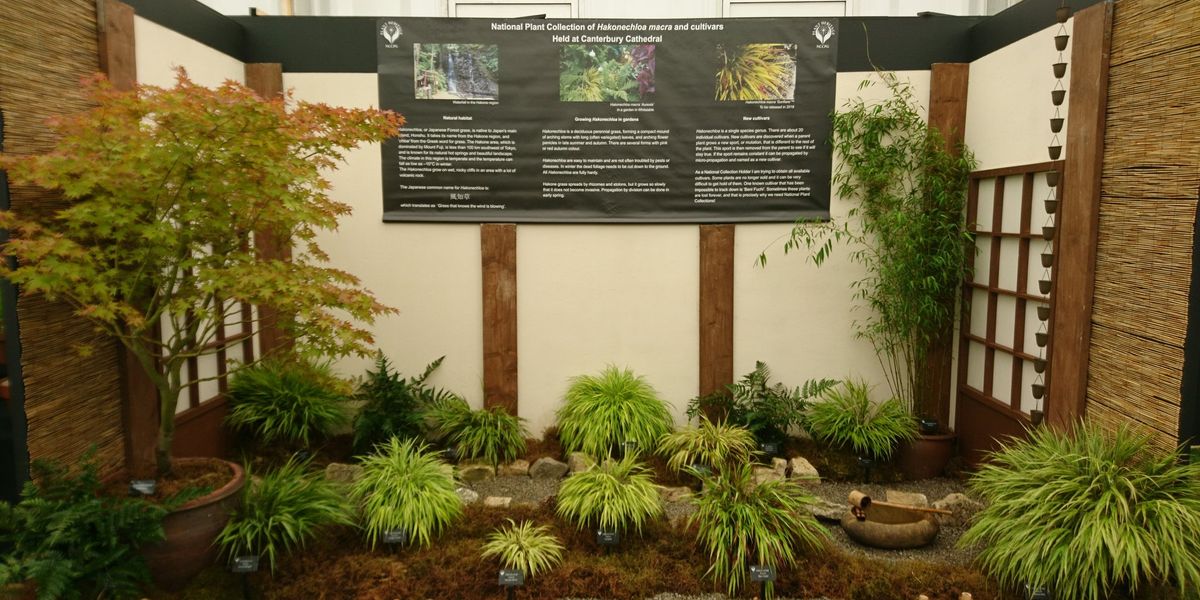 The head of Canterbury Cathedral’s gardening team has just spent another award-winning week at what is billed as the world’s biggest annual flower show.

Philip Oostenbrink, created a Japanese garden for his display at this week’s (3 to 9 July) RHS Hampton Court Palace show and walked away with a silver award to match the one he won in 2016.

The display was based on Philip’s national collection of Japanese grasses called Hakonechloa and included maple trees and a stone water trough.

“Of course I was aiming for gold but I was delighted with the silver award and very pleased to be in the heritage area of the show,” he explained.

Philip has worked at the Cathedral for the last three years and the grasses were awarded collection status by Plant Heritage in 2014.

The collection can be viewed at the Cathedral by special arrangement with Philip who can be contacted via the Cathedral’s main reception, either by phone or email.