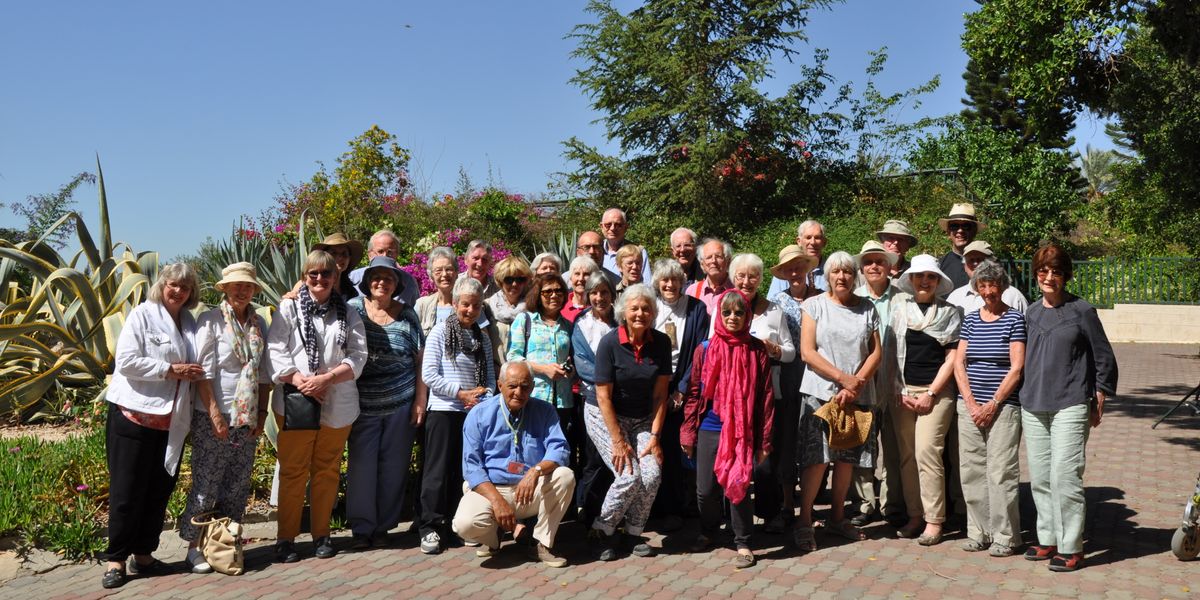 Thirty-four Canterbury pilgrims have returned from a ten-day journey through the Holy Land of Israel and Palestine.

The group was drawn from across the Cathedral community, and was led by Canon Nick Papadopulos and Bishop Richard Llewellin.

The pilgrims spent three days by the Sea of Galilee and six days in Bethlehem. They visited many of the historic sites traditionally associated with the life of Jesus. These included his birthplace (the Church of the Nativity in Bethlehem) and the site of his crucifixion and resurrection (the Church of the Holy Sepulchre in Jerusalem). In temperatures of more than 40 degrees centigrade they ventured into the desert, to Qumran, and swam – or, rather, floated – in the salty waters of the Dead Sea.

The pilgrimage coincided with a pastoral visit made by the Archbishop of Canterbury to the Holy Land. This meant that there were familiar faces in the congregation at St George’s Anglican Cathedral in Jerusalem when Archbishop Justin Welby preached there on Sunday 7 May.

The pilgrims also spent time hearing from Israelis and Palestinians about the continuing divisions and suffering of the peoples of the Holy Land. They saw spectacular dancing from the young people of the Alrowwad cultural project in the Aida Refugee Camp, Bethlehem (which is still home to more than 3,000 Palestinians). They visited the ‘Tent of Nations’, a family-run Palestinian hilltop farm and Christian mission whose ethos is summarized in the motto ‘We refuse to be enemies’.

“It was a fantastic privilege to lead the group” said Canon Nick. “Alongside the incredible experience of walking in the footsteps of Jesus, we heard heart-breaking stories from the ongoing occupation of the Palestinian territories, and inspiring stories from those who are committed to creative, non-violent resistance to it. We have come home immeasurably enriched, and ever more determined to pray for the peace of Jerusalem – and all its people”.