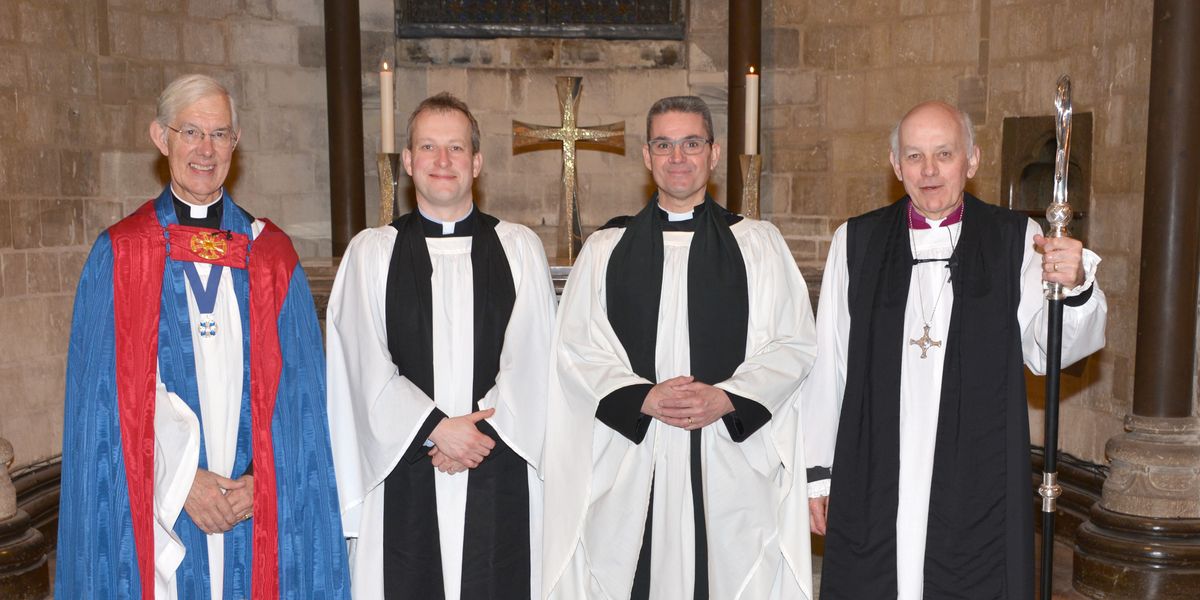 Two new Honorary Canons were installed as members of the Canterbury Cathedral Foundation on Saturday (4 March 2017).

The office of Honorary Canon was introduced into English cathedrals under the 1840 Cathedrals Act. There are a maximum of 30 Honorary Canons at Canterbury. They can be either members of the clergy or lay people and are nominated by the Bishop in recognition of the significant role they have played in the life of the diocese.

The Honorary Canons have a seat on the College of Canons which meets annually at Canterbury Cathedral and is responsible for formally electing the Archbishop of Canterbury.

Pictured above are (from left to right) the Dean of Canterbury, the Very Revd Dr Robert Willis, Revd Barney de Berry, Revd Seth Cooper and the Bishop of Dover, the Rt Revd Trevor Willmott. Other photographs from Saturday’s service are featured below.