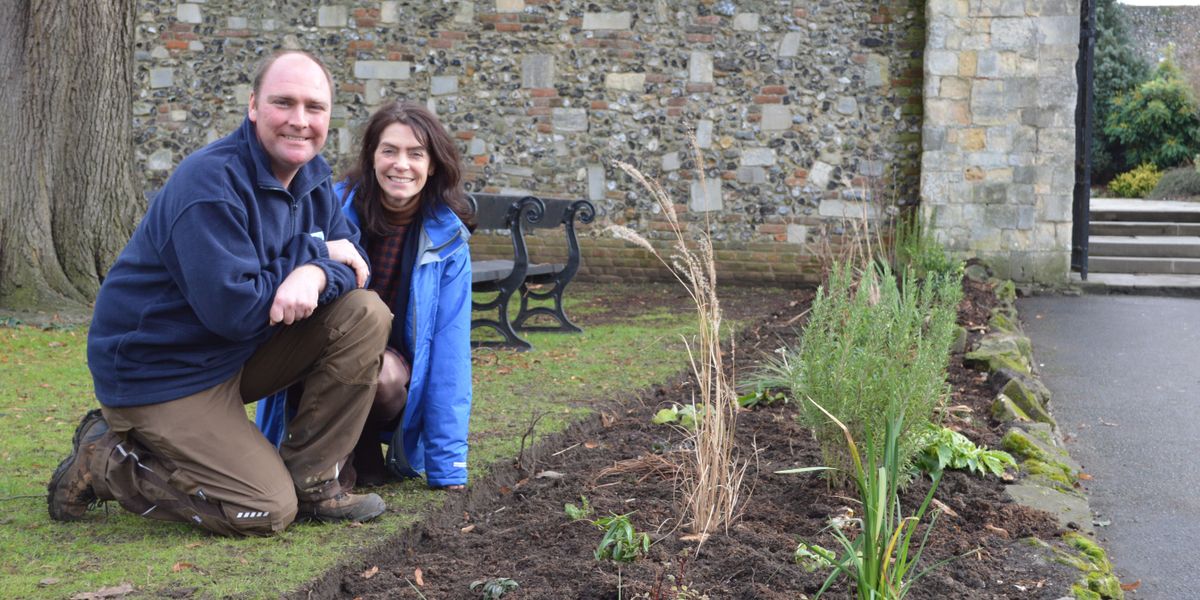 The Friends of Canterbury Cathedral have received a rather special royal birthday present to help the organisation celebrate a milestone year.

A garden is being created in the Cathedral Precincts to mark that the Friends organisation has been in existence for 90 years and the cost of creating it has been helped by a £2,500 grant from The Patron’s Fund.

This fund was set up to acknowledge the work of the charitable organisations for which Her Majesty, The Queen acts as a Patron, on the occasion of her 90th birthday. A long association with the Canterbury Friends began in June 1952 when the Queen became the First Friend on the Roll. There are now 3,500 Friends who live all over the world.

The garden at the eastern end of the Precincts near to the bronze statue of a soldier from the Buffs (Royal East Kent Regiment), has been designed by Cathedral Head Gardener Philip Oostenbrink and planting has just begun.

Friends’ Secretary and Administrator Caroline Plaisted said: “The Friends’ Garden will not just benefit Friends but will also become a place of beauty and sanctuary for all visitors and pilgrims who visit the Cathedral throughout the year. It will have shrubs, perennials, grasses, and bulbs offering year-round interest that will be attractive to wildlife and we are delighted that the garden will become one of the many significant and historic gardens within the Precincts for decades to come. “

The garden will be officially opened at the end of May during the Cathedral’s Open Gardens weekend (27 and 28 May 2017).

The Patron’s Fund  has enabled about £750,000 to be distributed between nearly 300 charities and other organisations in the UK and the Commonwealth. For more about the Friends and joining the organisation see here.

The image shows Cathedral Head Gardener Philip Oostenbrink and Friends’ Secretary and Administrator Caroline Plaisted checking on the progress of the new planting in the Friends’ Garden.