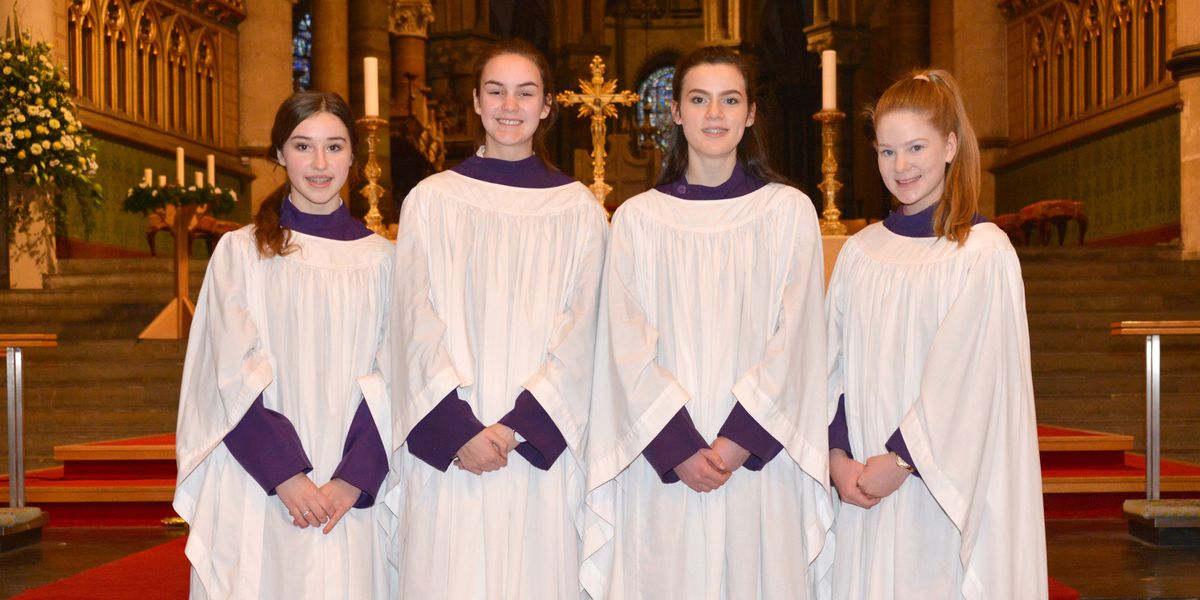 Alicia Hunt, Evie Jackaman, Gracie Molloy and Emily Waters (pictured above)  are all in their second year with the choir and during a recent Evensong they were presented to the Dean of Canterbury, the Very Revd Dr Robert Willis who admitted them as Foundation members following the older choir members who were made Foundation members last year.

Five girls have also just joined the Girls’ Choir after auditioning successfully in November 2016. Eldeca Marczin-Bundy, Georgina Scott, Leonie Carrette, Olivia Upton and Maya Moh (not present for the photograph –below) join the choir which was formed in January 2013 under the musical directorship of Cathedral assistant organist, David Newsholme.

The 25 members of the Girls’ Choir  have a busy year ahead – in addition to singing at services the choir is visiting Oxford University to sing Evensong at Keble College on 27 May. The girls are singing a summer concert on 8 July and on 18 November they will be giving a performance of Handel’s Messiah.