A Grand Adventure in the Nave 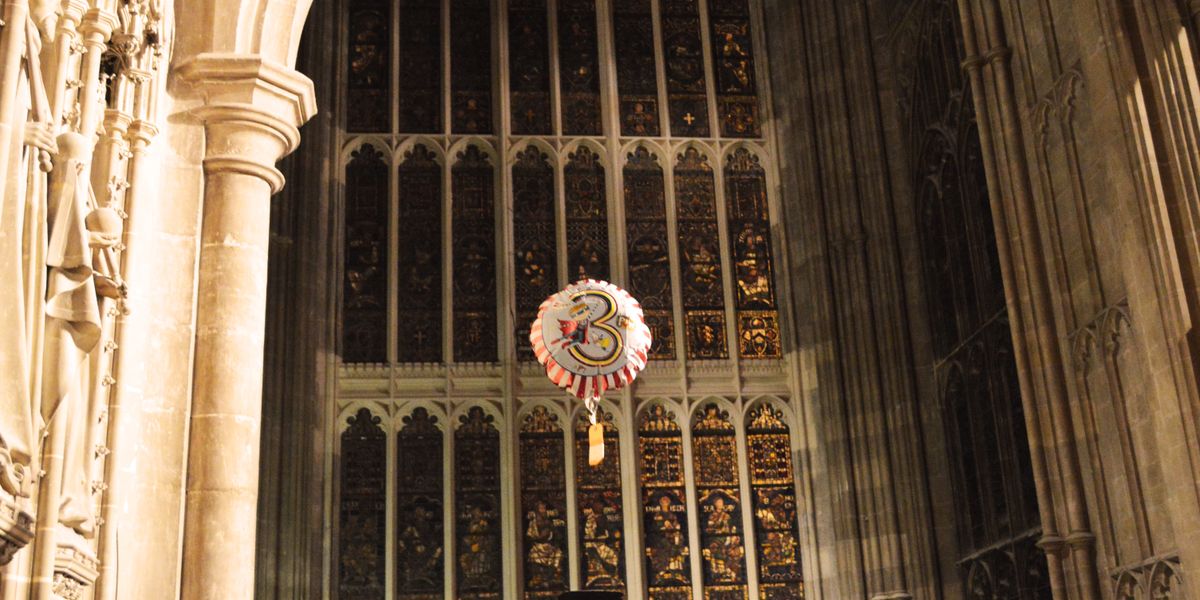 One chilly Thursday evening four balloons were let loose on an adventure around the Nave.

The aim of the experiment was to track air flow around the Nave in order to inform how and when the Cathedral heats spaces such as the Nave and Quire to provide comfort for worshippers and visitors, whilst maintaining optimum conditions for the preservation of the fabric and artefacts and reduce our carbon footprint.

Dr Richard Watkins, a lecturer in Sustainable Architecture and Principles of Environmental Design at the University of Kent, devised a deceptively simple system using helium-filled balloons, weighted to achieve neutral buoyancy that could be released in certain locations and then tracked around the building. Measurements of air speed and direction were also taken, along with surface temperatures of the floor and walls using an infrared camera.

With the aid of Sam Leatt, Sukanya Ravi and Yikun Shang, students from the University of Kent; Dr Giridharan Renganathan from the Kent School of Architecture and Dr Elena Rueda de Watkins with her son Christopher, the balloons were tracked as they drifted around the Cathedral.

It may sound very low-tech, but from this experiment it enabled Dr Watkins to map the way air flows around the Nave.

He said, “We hope to get a better understanding of the different circulations of air that appear to exist in the Cathedral. We also plan to try and determine the air change rate. From this we should be able to advise on how best to improve comfort whilst avoiding unnecessary heating energy use. It could also reveal the more stagnant areas in the Cathedral which may be associated with higher humidity and increased risk of damage.”

Heather Newton, Head of Conservation at the Cathedral said “Data on temperature, humidity and structural movement in the Cathedral has been gathered for the past eight years. However, we have little or no knowledge of how air moves around – particularly that in the Nave and Quire, where most of the services take place. The results of tonight’s experiment were not as expected, but very interesting nonetheless. As this was a pilot test, it is too early to draw any conclusions, other than to say that science can be fun!”

Léonie Seliger, Director of Stained Glass came along to observe the experiment and recorded this video. She said “It was a wonderful combination of science and unexpected poetry in motion.  I look forward to learning more about the results they gleaned from this (and perhaps future visits). I found it surprising how little air movement there was – I had expected a far greater down draft from the windows on a cold winter’s night. It just shows how much there still is to learn about this building.”

We await the next phase of research with keen anticipation…