Ordination and consecration of new bishop 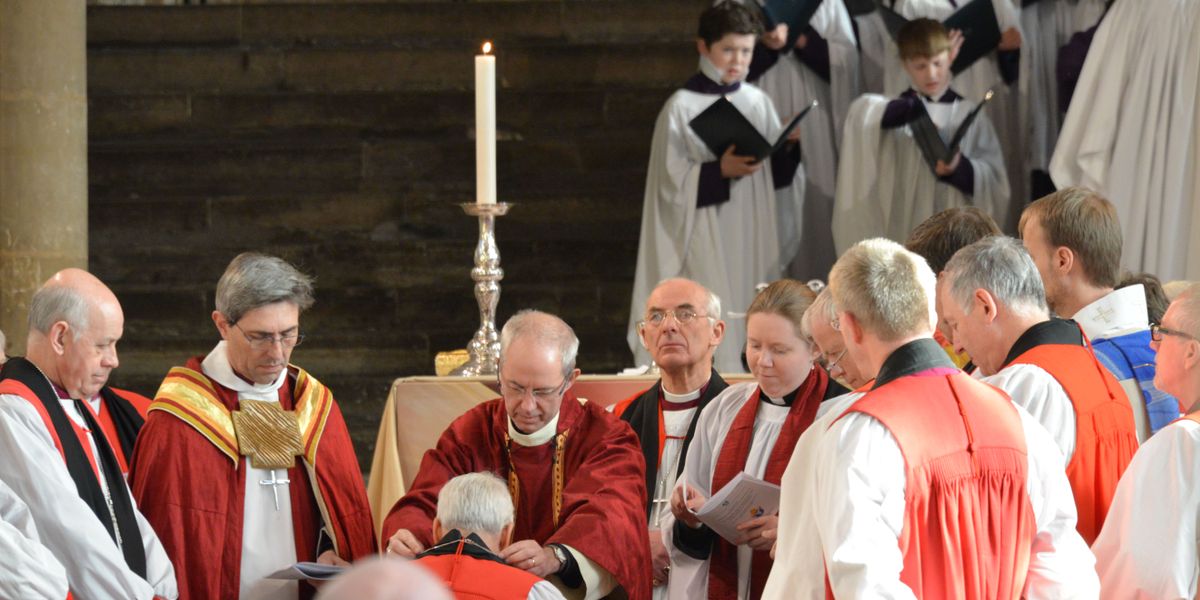 On a sunny but cold morning friends and supporters journeyed to Canterbury Cathedral to join the ordination and consecration of Robert Springett as Bishop of Tewkesbury.

Many had travelled from the Diocese of Gloucester to support Bishop Robert who has served as Archdeacon of Cheltenham for the last six years.

During the service Bishop Robert was presented to the Archbishop of Canterbury, the Most Revd Justin Welby and asked to confirm his commitment to proclaim and guard the faith, to preside at the sacraments, to lead the Church’s prayer and to hand on its ministry. Following the invocation of the Holy Spirit and the laying on of hands by fellow bishops, Bishop Robert was anointed with sacred oil and later he also received a pastoral staff, symbolising his sharing in the ministry of Christ the Good Shepherd.

Alice, one of Bishop Robert’s daughters, read from the Old Testament during the service and the sermon was given by the Dean of Gloucester, the Very Revd Stephen Lake. The collection  was received for The Rock, an organisation which uses a redundant church in Cheltenham to help and support young people.

The role of Suffragan Bishop of Tewkesbury involves working closely with and supporting the Bishop of Gloucester, the Rt Revd Rachel Treweek.