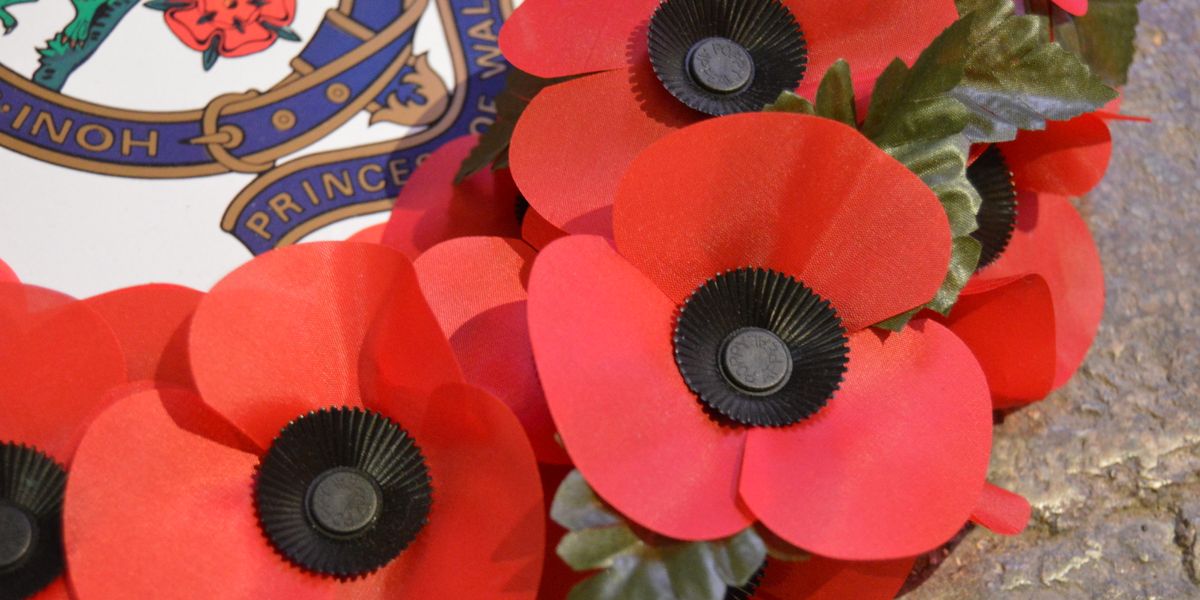 On Friday (11 November) and Sunday (13 November) Canterbury Cathedral will be inviting visitors and worshippers to take part in prayers and acts of remembrance for those who have suffered and died in war.

On Friday the regular bell ceremony carried out most weekdays at 1100 hrs to remember those from Kent regiments who have died in war will be extended. The national two minute silence for Armistice Day will be observed during the ceremony which also includes the ringing of the bell of HMS Canterbury in the Cathedral’s South East Transept.

After the ceremony former servicemen are due to lay wreaths at the foot of the bronze statue of a soldier from the First World War which was unveiled in the Precincts’ garden at the Cathedral’s eastern end in September 2015.

On Sunday at 10.50 hrs following the civic act of remembrance and laying of wreaths in the  city’s Buttermarket, a Cathedral congregation is due to be joined by civic leaders for the service of remembrance which will observe a two minute silence at 11.00 hrs.

On Sunday evening at 18.30hrs there is a special service featuring readings and music, composed by one of the Cathedral organists Adrian Bawtree, to remember the First World War.

‘Remembrance’ is based on propaganda lines from the First World War with poems and associated music and it is expected that more than 100 musicians including those from Lyminge and Whistable choirs will be taking part.