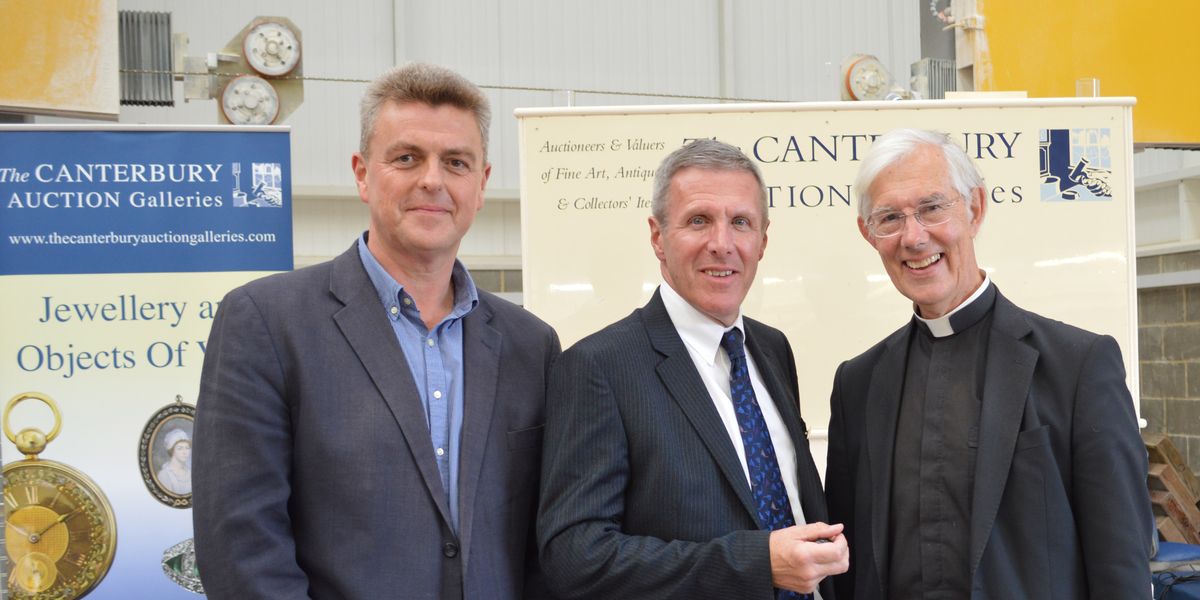 A hugely successful auction of stone from Canterbury Cathedral has raised £210,000 for the future conservation of the building.

More than 200 people crowded into Saturday’s auction eager to take home an historic piece and they were joined by those bidding online from the USA, India and the rest of the UK.

The sale was organised by the Canterbury Cathedral Trust and Chief Executive Andrew Edwards said: “This was a truly unique event, attracting interest from around the world and providing that special opportunity to take home a piece of Canterbury. A big thank you to all our bidders, our auctioneers The Canterbury Auction Galleries and all local businesses who made the day one to remember.”

All of the 144 lots of stone were sold during the afternoon with some of the winning bids drawing gasps and applause. The highest prices paid were at the end of the auction when two pieces of 1428 Caen stone known as principal springers fetched £7400 each.

But even the smaller stones attracted wide interest with some lots suggested as ideal book ends consistently reaching more than £500.

The Canterbury Auction Galleries waived all their usual charges so that all the money raised could be used for future work to ensure the Cathedral’s legacy.

“I felt privileged to have been asked to conduct this unique and historic sale and I was thrilled with the outcome, raising a total more than double the expectation. It was a memorable and highly pleasurable experience, marking my 30 year association with the Dean and Chapter and a highlight of my 40 year career as an auctioneer and valuer.”

Work to first construct the “showpiece” window began in 1428 and some of the stones being auctioned dated back to that period in the Cathedral’s life. Others told of the window’s history as they featured the repairs and conservation carried out by previous generations of crafts people.

The new limestone, which has been carved by the Cathedral’s stonemasons, to exactly match the previous stones, can now be seen and the stained glass, including the internationally-renowned medieval Ancestors of Christ, is being returned to its home.

The cost of replacing the window has been met by generous benefactors who have contributed £2.5 million.

The Cathedral Trust, which was established in 1974 as an independent charity raising funds for the Cathedral from individuals, trusts and foundations, statutory bodies and corporate partners would like to thank the following for supporting the auction – The Canterbury Auction Galleries, The Tyler’s Kiln, MB Farms, Poynters of Wye, Motorline, Young Brothers Transport, Pardy and Son, Premier Flush, Viridor, Omicron, Purcell and the Antiques Trade Gazette.

For more photographs of auction day see below.