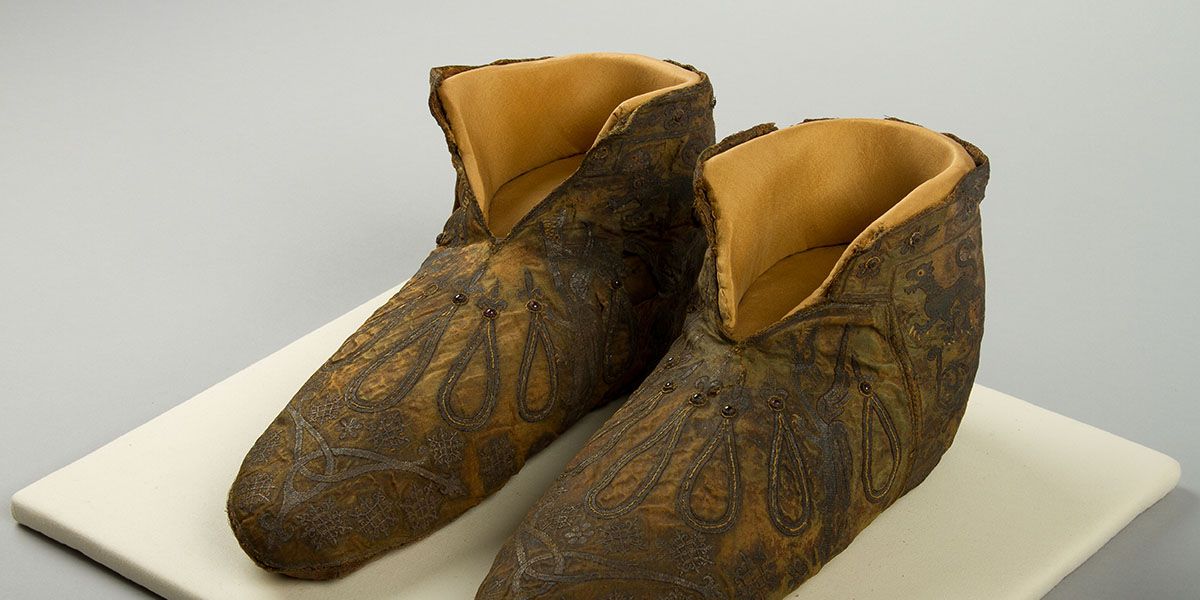 Treasures from Canterbury Cathedral’s collections are to feature in a major exhibition of medieval embroidery at the V&A Museum in London.

Buskins (boots) and slippers belonging to 13th century Archbishop of Canterbury, Hubert Walter and the Black Prince’s jupon (tabard) and shield will be part of the  ‘Opus Anglicanum’ exhibition from 1 October until 5 February 2017.

The buskins and slippers were recovered at the end of the 19th Century when Hubert Walter’s Cathedral tomb was opened to end a debate about who had been placed inside. Despite being more than 800 years old the items have still retained much of their original detail and are in remarkably good condition.

The Black Prince’s armorial jupon, helmet, gauntlets and sword scabbard were originally made to adorn his tomb after his death in 1376. Although the original achievements have not been on display since earlier this year, replicas made in 1954 can still be seen above the Prince’s marble tomb near the St Thomas Becket shrine in the Cathedral.

Prior to loaning the shield, there was a brief opportunity for the Cathedral’s Head of Book and Paper Conservation, Ariane Langreder to work with Head of Conservation at the Leather Conservation Centre in Northampton, Yvette Fletcher so that they could protect some of the delicate leather on the Black Prince’s achievements.

It is wonderful that some of the treasured items from our collections are going out on display to other heritage organisations this year. We work really hard to make sure these unique items can be shared with the general public whenever the opportunity arises.