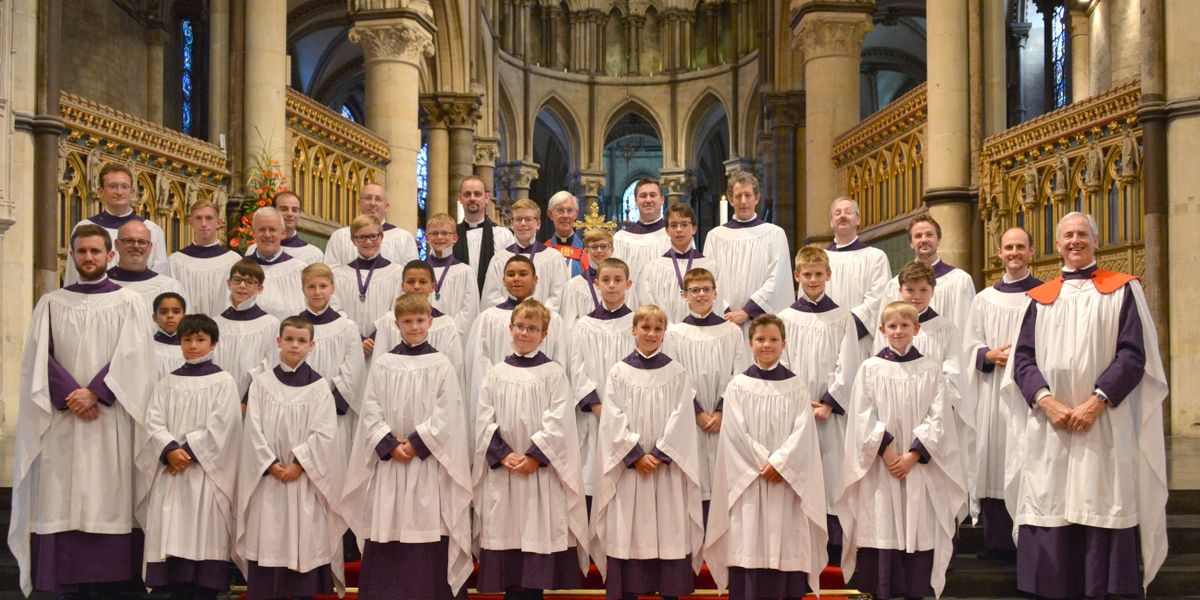 Canterbury Cathedral Choir has been given the honour of singing at a special service in Rome next month attended by the Archbishop of Canterbury and the Pope.

The 21 boys and 12 lay clerks (adult members of choir) will join the Sistine Chapel Choir at the service which will combine elements of Anglican Evensong and Catholic Vespers.

The service on Wednesday 5 October is part of a celebration of fifty years of the Anglican Centre in Rome. The Most Revd Justin Welby and Pope Francis will both preach at the serviced and a joint declaration on mission and unity is due to be read out.

It is a great privilege for the Choir to travel to Rome and support the Archbishop. We are honoured and delighted to be part of the celebrations and ceremonies and to be invited by the community of the Vatican.“

The service is being held in the church of San Gregorio al Celio where St Augustine was Prior before he was sent by Pope Gregory in 597 on a mission to convert the Anglo Saxons to Christianity. Whilst in Rome the Cathedral Choir will also be giving a concert in the church of St Ignatius di Loyola.

At Evensong on Sunday (11 September 2016) lay clerk Sam Sytsma and five of the Cathedral choristers were admitted formally as members of the Cathedral Choir by the Dean of Canterbury, the Very Revd Dr Robert Willis. Eleven-year-olds Orlando Barton Hodges from Canterbury, Joseph Henry from Sevenoaks, Maurice Caldon from Ramsgate, Felix Preston from Whitstable and Nathaniel Rushton from Canterbury have all just started their fourth year singing at Canterbury Cathedral.

Boys join the choir aged eight as probationers, become junior choristers aged nine and then at 11 they are installed as full choristers and members of the historic Cathedral Foundation.

At Sunday’s service 12-year-olds Caspar Bainbridge from Bridge, William Barker from Bekesbourne, William Boarman Powell from Canterbury and Tom Nordin from Chestfield were also given the special responsibility of being Side Leaders and 12-year-old Oliver Futcher from Shepherdswell was made senior chorister.

Finalists in Young Choristers of the Year

Oliver Futcher and Joseph Henry (pictured right) have had a particularly exciting week with the announcement that they have reached the final of the BBC Radio 2 Young Choristers of the Year competition . This is the second year running that two of the four boy finalists will be Canterbury choristers.

The two will go to Manchester Cathedral on 24 October where a panel of expert judges will pick the winners – a boy and a girl – from the eight finalists.

Canterbury Cathedral is looking to award substantial scholarships to boys who would like to join the choir in September 2017. Auditions will be held at the Cathedral on Saturday 5 November 2016. For more information about the audition or voice trial contact Dr Flood on 01227 865242 or email david.flood@canterbury-cathedral.org