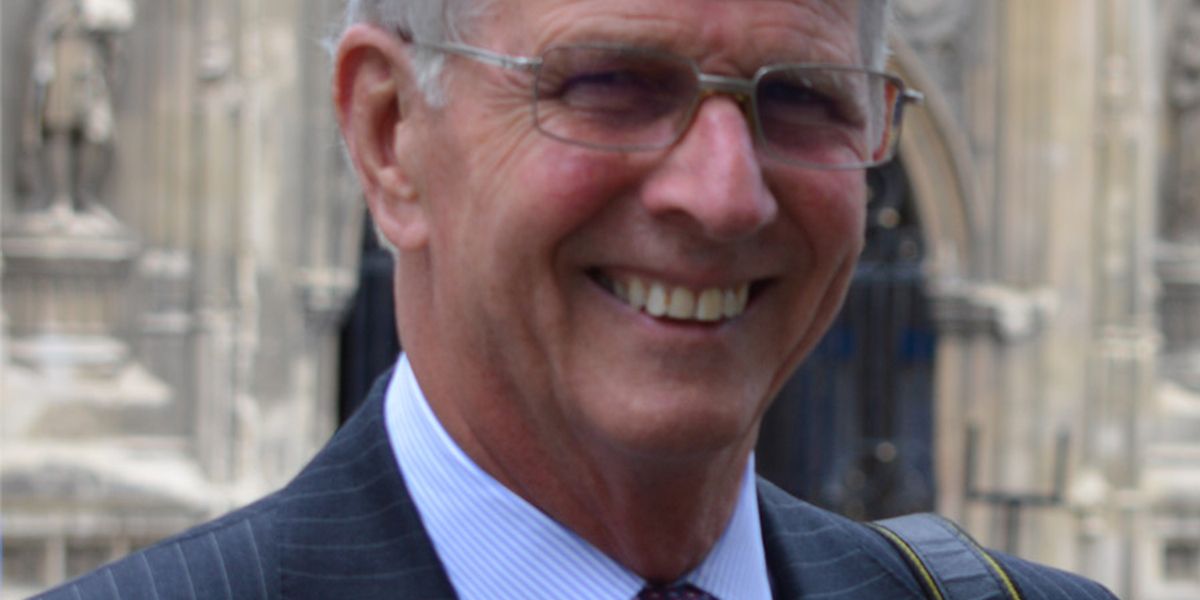 The end of an era at Canterbury Cathedral was reached on Friday (29 July 2016) when the Receiver General, John Meardon retired.

Brigadier Meardon joined the Cathedral 18 years ago as its most senior lay member and has been an influential figure in both the Cathedral community and the Canterbury area ever since. Much respected by Cathedral staff, to whom he is known affectionately as the “RG”, Brig Meardon has an enviable wealth of knowledge about the Cathedral, its architecture and its history.

That knowledge was described as “absolutely immense” by the Dean of Canterbury Cathedral, the Very Revd Dr Robert Willis at a retirement event held in the Chapter House.

He said: “John is well-known for his “walkabouts” in the Cathedral Precincts, whether he is listening to the choristers or just appearing in work places in a friendly way, understanding things and giving encouragement, perspective and calm. He so obviously cares for everyone involved in the Cathedral. He is fair in judgement and at the same time conscious of due process.”

Brig Meardon joined the Cathedral after serving for 34 years with the Royal Marines, including both as a commando and a helicopter pilot. Following the successful result of only his second ever job interview, Brig Meardon moved to Canterbury with his wife Ann and began his new career.

The highlights of that career have been many but those he is particular proud of are the opening up in 2004 of the 15th century pilgrim tunnel under the Pulpitum steps leading to the Martyrdom. He also points to the making of new chandeliers to better light the Crypt and the lighting scheme in the Cloister. Both these schemes have been designed, built and installed by the Cathedral’s own workforce – clearly something that gives him great pleasure.

Other high points have been two Lambeth conferences (assemblies of bishops from across the Anglican Communion) and visits from members of the Royal Family and other dignitaries. The unveiling of the statues of Her Majesty the Queen and Prince Philip at the Cathedral’s west end in March 2015 was particularly poignant for Brig Meardon as he had been involved from the beginning of the project in finding the sculptor (Nina Bilbey), working with her and welcoming the Royal visitors.

Brig Meardon is full of praise for those he has worked with and those he has met during the last 18 years who share a great sensitivity for the Cathedral building and its community and he adds that he feels is a better person for having rubbed shoulders with those who have so much talent.

A keen cyclist, he will have plenty to keep him busy during retirement including the opportunity to indulge in some stonemasonry as among his retirement gifts was a contribution from the Cathedral’s stonemasons – a block of Caen stone and some tools for carving (see photograph below).

Brig Meardon’s successor is Commodore Martin Atherton who will be officially installed as Receiver General in September. Does Brig Meardon have any advice for the man taking over the reins? In typical succinct manner he said: “Enjoy it – if you can’t enjoy this job you would be hard-pushed to find one you would enjoy!”