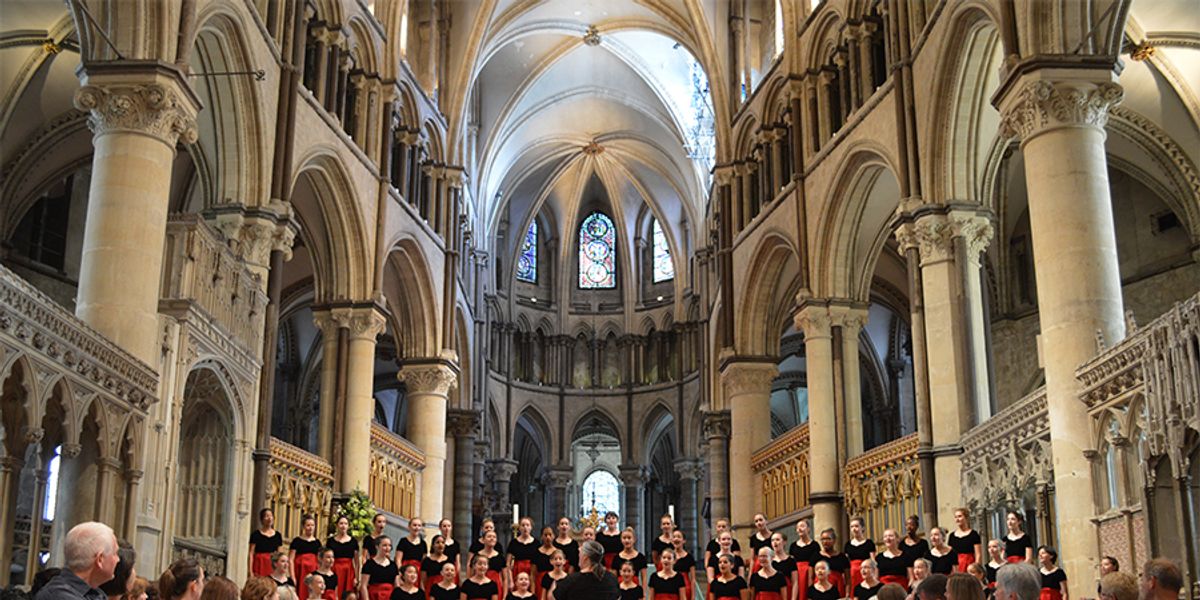 The International Children’s Choir Festival will return to Canterbury Cathedral on Monday 25 July 2016 for three days of song and celebration.

The annual festival, which will reach its 20th Anniversary milestone next year, was established by David Flood, Organist and Master of the Choristers, and former American Lay Clerk, David Searles. Over 150 children’s choirs have participated through the years from all over the globe and it continues to be a popular event on the Cathedral’s Calendar.

This year choirs from China and the United States will come to the Cathedral to sing under the direction of Dr. David Flood and Prof. Henry Leck, America’s top children’s choir expert.

The choirs will take part in five mass choir rehearsals and individual choir workshops with each conductor and will present individual solo recitals in the Cathedral throughout their stay. The most unique event will be when the combined choirs perform Evensong on Tuesday evening as part of the long continuity of Canterbury’s tradition. This is something that happens nowhere else in the world.

The highlight at the Cathedral will be a free evening concert which will take place in the Cathedral Quire at 7.30pm on Wednesday 27 July. The choirs then head on to London for the final two days of their tour which culminates in a combined Finale Concert at Southwark Cathedral on Friday 29 July.

For more information about the International Children’s Choir Festival you can visit the ICCF website.