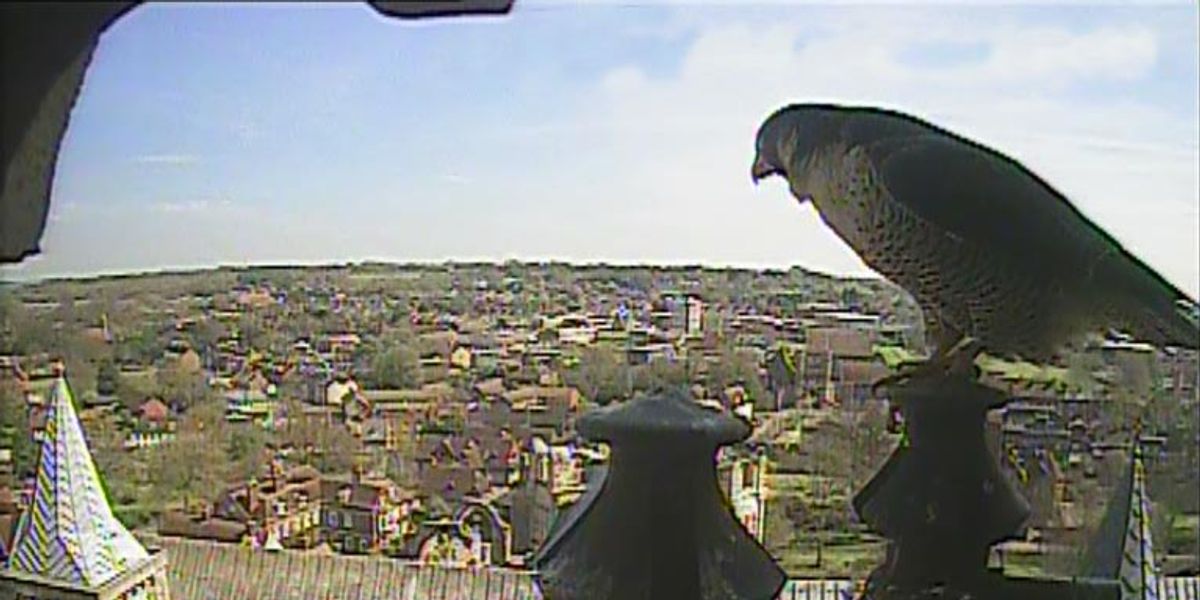 Two peregrine falcon chicks have hatched high up on Canterbury Cathedral’s iconic Bell Harry tower.
The white chicks emerged last week from four eggs that were laid in the nesting box especially made for the parent birds by Cathedral carpenters.
Director of Works Mark Sharratt said: “After the eggs were laid we waited expectantly but when nothing happened after the 31 day incubation period we started to give up hope and then the two chicks appeared last week – 12 days overdue.”

Advice
The peregrines have been a regular sight at the Cathedral and the nesting box was made after consultation with Natural England through Ecologist Nick Tardival and also advice from falconer Con Taylor. The behaviour patterns of the peregrines, which are protected, were discussed and a gravel scrape (nest) created in the box which is the surface preferred by the peregrines.
Cameras have been installed, with funding from the Heritage Lottery Fund project – The Canterbury Journey, which have enabled the progress of the eggs and chicks to be monitored and some highlights from the filming can be seen by clicking on the link here