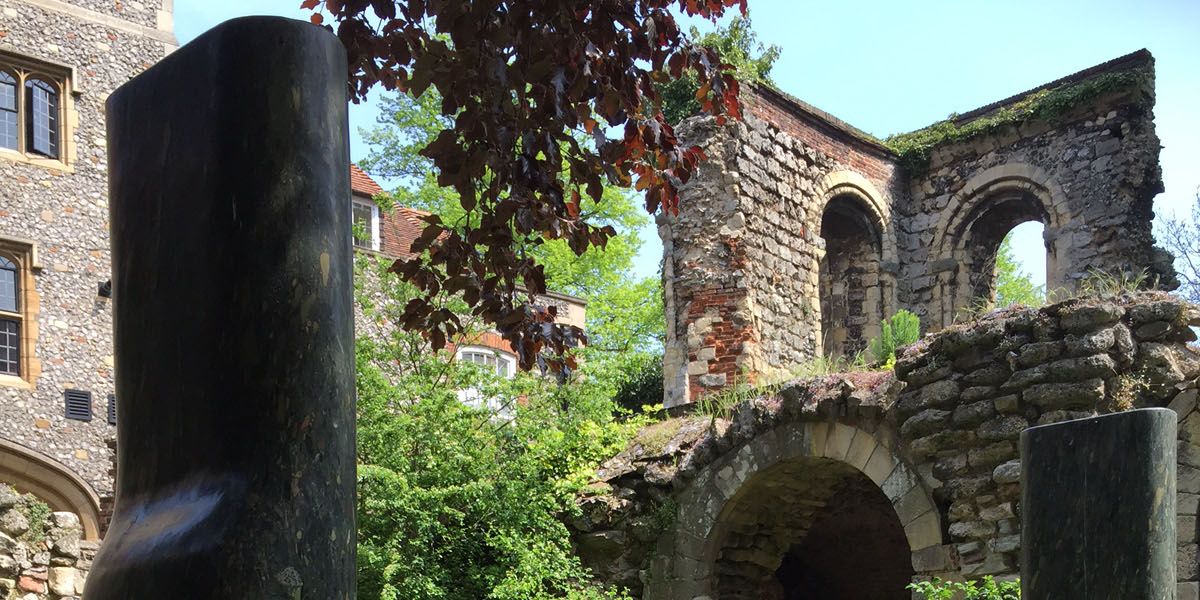 Visitors to Canterbury Cathedral have the opportunity to see two unusual figures in the monastic herb garden. The Gemini sculpture has been loaned to the Cathedral by Stephen Cox who in 2005 created the new altar in the Cathedral’s St Anselm’s Chapel. He also made the holy water stoup which was installed near the south west entrance to the Cathedral in 2010. The Gemini figures have been created from the same block of stone which is known as Hammamat Breccia. It is the same Egyptian stone that was used for the stoup and was extracted from a remote site recognised as the source of the earliest quarried decorative stone in the world. The Dean of Canterbury, Dr Robert Willis said: “When I look at the figures I am reminded of the verse from the Book of Ecclesiasticus* – All things come in pairs, one opposite to the other, and God has made nothing incomplete.” The sculptures, which have also been shown at Lincoln College, Oxford, the Royal Academy Summer Exhibition in 2010 and at Ludlow Castle, were unveiled at an evening reception at the Cathedral. The Dean and Mr Cox are pictured below with the sculpture. Mr Cox explained: “The Gemini series of sculpture deals with the relationship between two figures that share the family characteristics of the same block of stone and like the generative life force of a splitting cell.” *Book of Ecclesiasticus chapter 42, verse 24