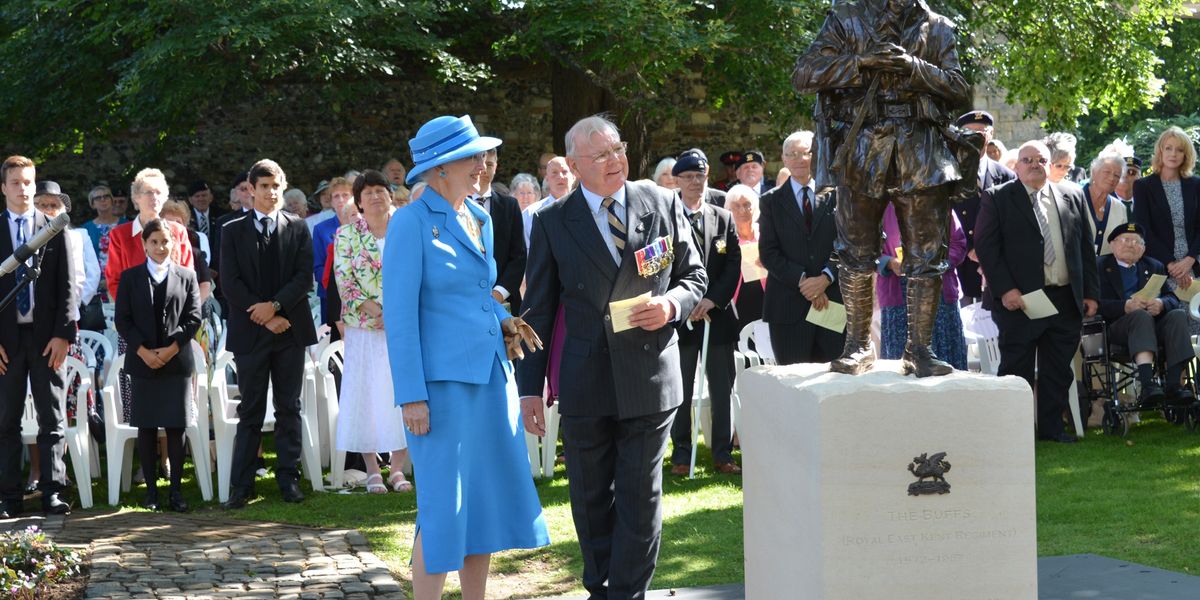 We were delighted to welcome HM Queen Margrethe II of Denmark to the Cathedral on Friday 11 September. She was here to unveil a bronze statue to commemorate the Buffs, the Royal East Kent Regiment, which through various amalgamations now forms part of the Princess of Wales’ Royal Regiment. Queen Margrethe II is Hon Colonel in Chief of the Princess of Wales’ Royal Regiment. The statue was created by Peter Birkett, who is shown in one of the photos looking up at his sculpture, which depicts a soldier from the First World War, on his way to serve his country and fight for freedom. The many Books of Remembrance in the Cathedral are a sober witness that thousands of those soldiers did not return.

Many former servicemen of the Buffs were on parade in the Cathedral’s Precincts on a glorious sunny Autumn day to see the unveiling, and to salute Her Majesty. Music was provided by the Band of the Parachute Regiment and the Cathedral Choir. After the unveiling, there was a march past and salute by members of the Queen’s Own Buffs Regimental Association, and an opportunity to chat over a buffet lunch.

Everyone at the Cathedral is delighted that our links with the Buffs, which goes back over 200 years, have been strengthened by this new memorial.