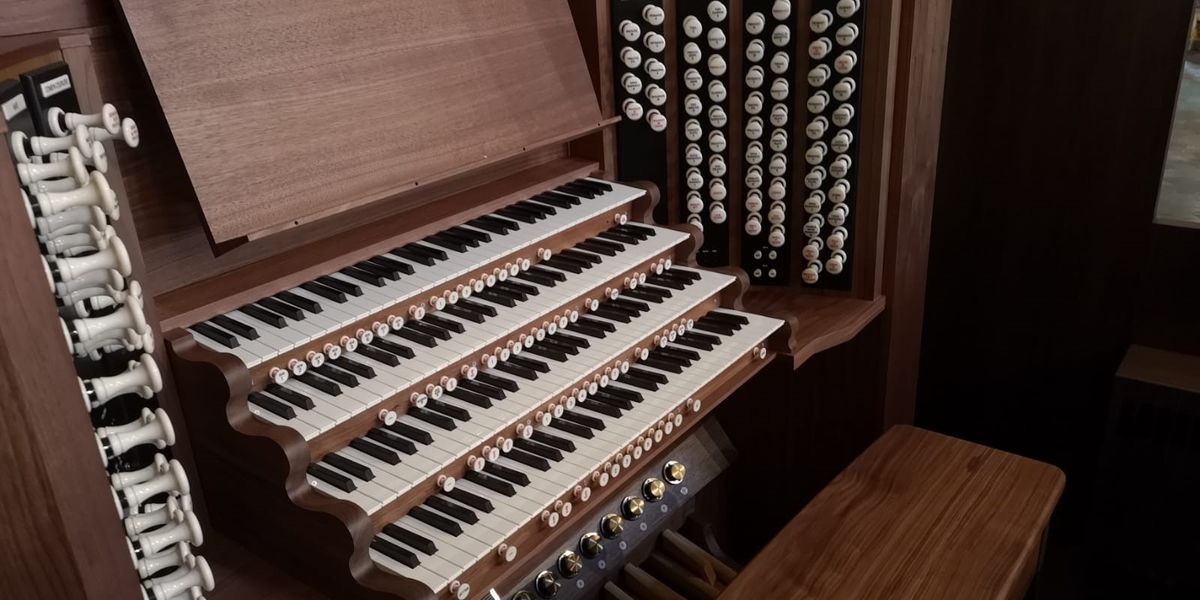 The second of two organ concerts given by the Cathedral’s resident organists on 15 October and 19 November.

Jamie Rogers is an Organist, Pianist and Conductor based in Kent and London.

Growing up in the seaside town of Deal, Kent, Jamie first began to establish a musical profile from an early age. He studied Piano with David Rees-Williams and John Irving, and Organ with Paul Stubbings, graduating with a BMus (Hons) in 2013. During Jamie’s time at Canterbury Christ Church University, he was Organist and Director of Music of the University Chapel, working as a recitalist and accompanist in Kent. From 2013-2017 he held the post as Organist and teacher of music at St Lawrence College, Ramsgate, where he gained QTS and maintained a performance profile, featuring as part of a regular recital series.

In September 2017 he pursued further study in Organ performance at the Royal Academy of Music, London under the tutelage of Professor David Titterington and Bine Bryndorf, where he graduated in 2019 with a Master of Arts (DipRam). During his time there he was awarded the Eric Thiman Organ Prize, William John Kipps Scholarship, the C.H Trevor prize, the Norman Askew Prize, and has also been generously supported by the Countess of Munster; having been granted the Derek Butler Award.

Jamie enjoys a varied musical career. He is a professional church musician; working as the Assistant Director of Music at St Marylebone Parish Church, London and as an Assistant Organist at Canterbury Cathedral. He teaches at the King’s School, Canterbury and also teaches organ privately. An established jazz pianist, Jamie is Head of Jazz Studies at Queen Mary’s University, London. Recent performances include, St Omer Cathedral, the Basilica of St Andrea della Valle, St Peter’s Basilica, the Deal Festival of Music and Arts, Sounds New Festival, the Canterbury Festival, Neresheim Abbey, and the St Marylebone Festival, as well as Broadcasts for BBC Radio 3 and Classic FM.

Jamie will perform the following:

Passacaglia in G minor from suite no. 7 – Handel