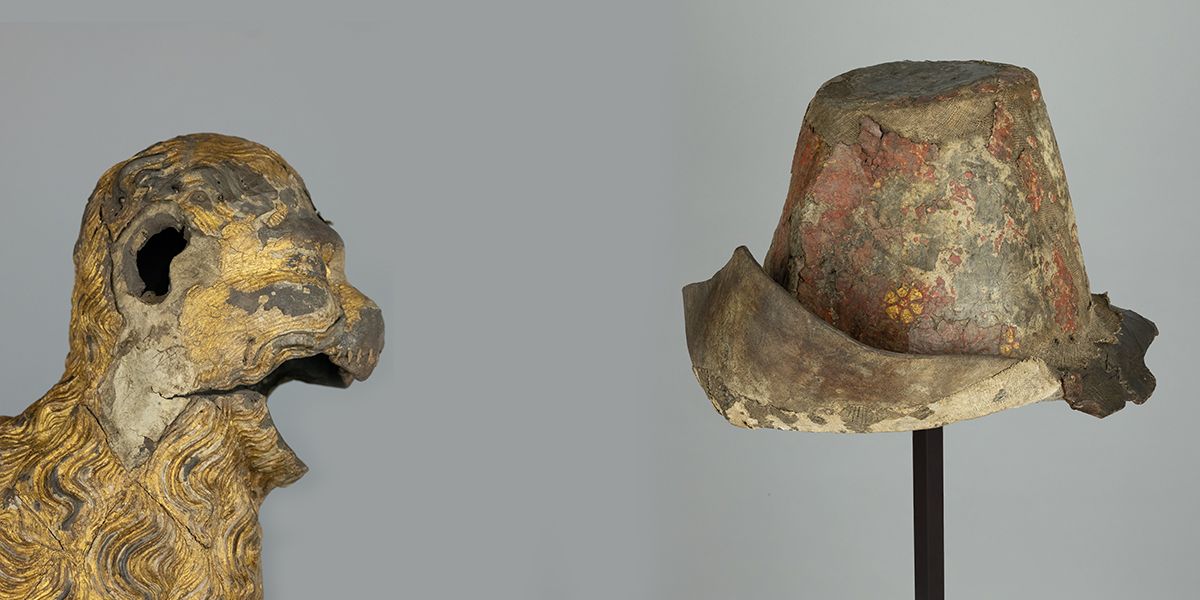 A major new exhibition in Canterbury Cathedral’s Crypt allows visitors to explore up close, for the first time, a unique collection of artefacts – including the battle shield, gauntlets and jupon of medieval warrior Edward The Black Prince, and fragments of Thomas Becket’s shrine – that tell the complex, and often violent, story of Church-State relations.

The exhibition focuses on the complex relationship between Church and State and the struggles between archbishops and kings, with a particular focus on Canterbury Cathedral’s important role within this relationship, illustrated in the Cathedral’s buildings, collections, and the stories of its people.

The national and international dimensions of Church-State relations will also be explored, including how they have changed and developed over the centuries – from the Cathedral’s 6th-century origins, through the upheaval of the later Anglo-Saxon period, to the remodelling of both buildings and religious practice forced by the Norman Conquest, and beyond.

Amazing objects that visitors will be able to see in the exhibition include:

Find out more about The Black Prince’s Cap of Maintenance – one of the artifacts being exhibited – in the video below.