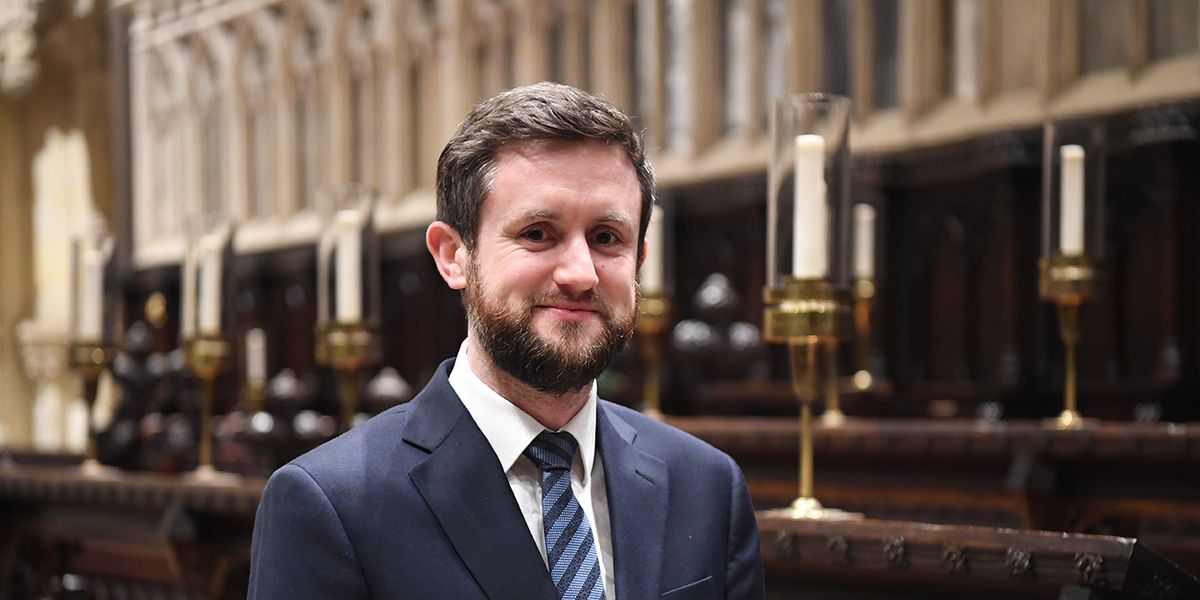 Join us for the second informal Organ Recital in our Autumn series, given by the Cathedral’s Director of Music, David Newsholme.

Dr David Newsholme is a conductor, organist, teacher and academic, with wide-ranging musical interests and expertise.

He is the founding Director of the Girls’ Choir at Canterbury Cathedral, a post which he has held since 2014. Under his leadership, the ensemble has established an international reputation through its performances at numerous high-profile occasions, it’s critically-acclaimed recordings, and its various television and radio appearances.

Since 2021 he has been Director of Music at Canterbury Cathedral, where he is responsible for training the Cathedral’s choirs, and for all other musical aspects of the Cathedral’s work.

Free of charge with a retiring collection.

This is part of our Autumn Recital Series, which includes further dates in September and November.