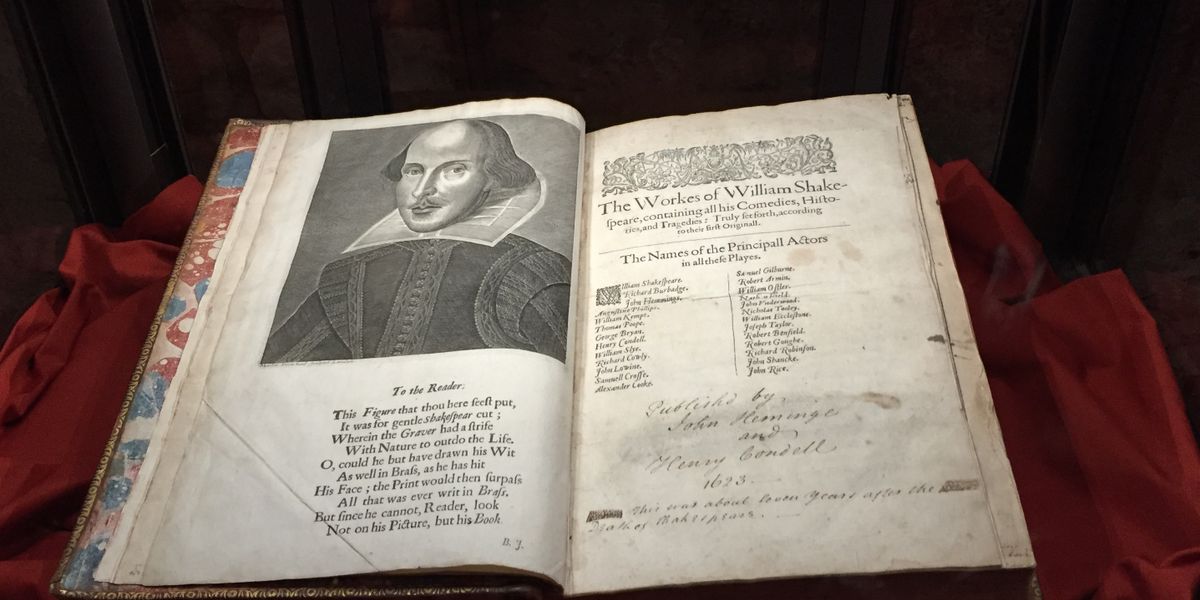 A second folio of  Shakespeare’s works belongs to Canterbury Cathedral and went on special display in April 2016 to mark the 400th anniversary of the playwright’s death.

The second folio, containing 36 of the 38 plays attributed to Shakespeare, was printed in 1632 and cost £1 which, when it was printed, was more than two weeks’ wages for a craftsman. It is a large book and it is believed that it was intended for display rather than personal use and it followed the first folio printed in 1623 by friends and colleagues of  Shakespeare as a memorial to the bard.

Collections Manager Sarah Turner said: “Investigations into the Cathedral’s copy of the second folio have revealed that whilst the majority of pages are from the 1632 edition, the frontispiece had been lost. During the 18th century the book was restored and a frontispiece from a 1685 edition was added.”