Item 18: The Mysteries of London 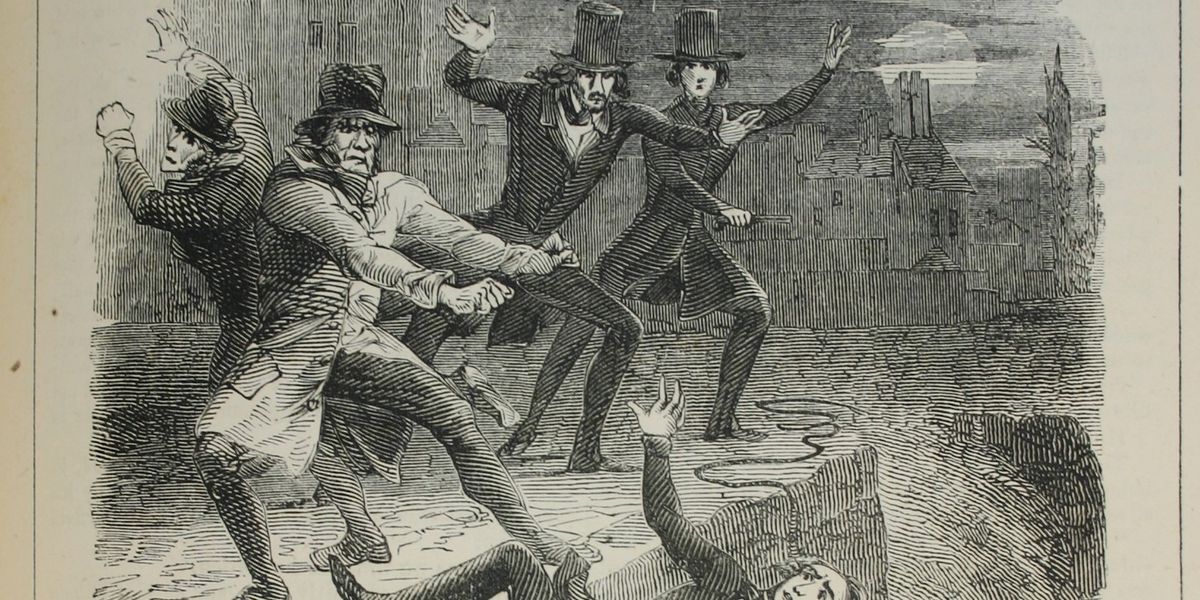 The advances of the Industrial Revolution fundamentally changed ways of life and industry across the country, and the world of book creation was no exception.

Books had been printed in Europe using hand-production methods since the mid-1400s, allowing an output of around 200-250 impressions per hour. As demand for printed material rose, printers and publishers struggled to keep up. The early 1800s rose to meet this issue with the inventions of the steam-powered Cylinder Press and the Rotary Press, which used rollers to ink the type, then moved cylinders into position to press the paper against the inked type. Advancements on this technology meant that by 1827 the machines could achieve an output of around 4,200 sheets an hour.

Books could now be produced and sold at a lower cost, and became more affordable and accessible for a greater number of people.

One of the many publications to make the most of this new printing technology was The Mysteries of London (CCL M-8-3/6), which was sold in cheap instalments for a penny a copy. Its sensationalised and often dark content led to the series (and other publications like it) to be referred to as “penny dreadfuls” or “penny bloods”. The Mysteries of London was published weekly over 12 years, concluding in 624 parts by the end of its run, and at the height of its popularity in the 1840s was selling around 250,000 copies a week – an output which certainly could not have been met without the use of mechanical printing technology. The Mysteries of London is considered the most successful serial publication in history, and was the England’s biggest bestseller of the nineteenth century. Set in contemporary (1830s to 1850s) London, the series lays out sensational mysteries, crimes, and institutional malpractices, all of ­­­which weave together through various melodramatic scenes and intertwining storylines to show a variety of different experiences of urban life in Victorian London.

Unsurprisingly, technological advances went beyond the mere printing of books. The nineteenth century began with paper being made by hand, but by the end of the century it was almost uniformly created by machine. The cost of paper, historically one of the larger considerations in printing costs, decreased dramatically. This was in part owing to the dramatic increase in output, as well as the substitution of traditional paper materials such as rags with cheaper wood pulp. The impact down the years of this cheaper paper is evident in our copy of The Mysteries of London, as despite being the “youngest” book featured so far, its pages have browned with age due to the poor quality of the paper.

The speed of printing also impacted the binding world, as books were now produced at a far greater rate than they could be hand bound. Machine-made case binding took over much of the realm of hand-binding, allowing publishers to issue books with their own economical binding (often cloth) for the convenience of customers. Our four volumes of The Mysteries of London still sport their publisher’s binding, and are bound in dark blue cloth with blind stamped and gilt designs on the covers and the spines.

The machine-made book, which we are all familiar with, was finally here.

Colin Clair, A history of printing in Britain (London Cassell, 1965)