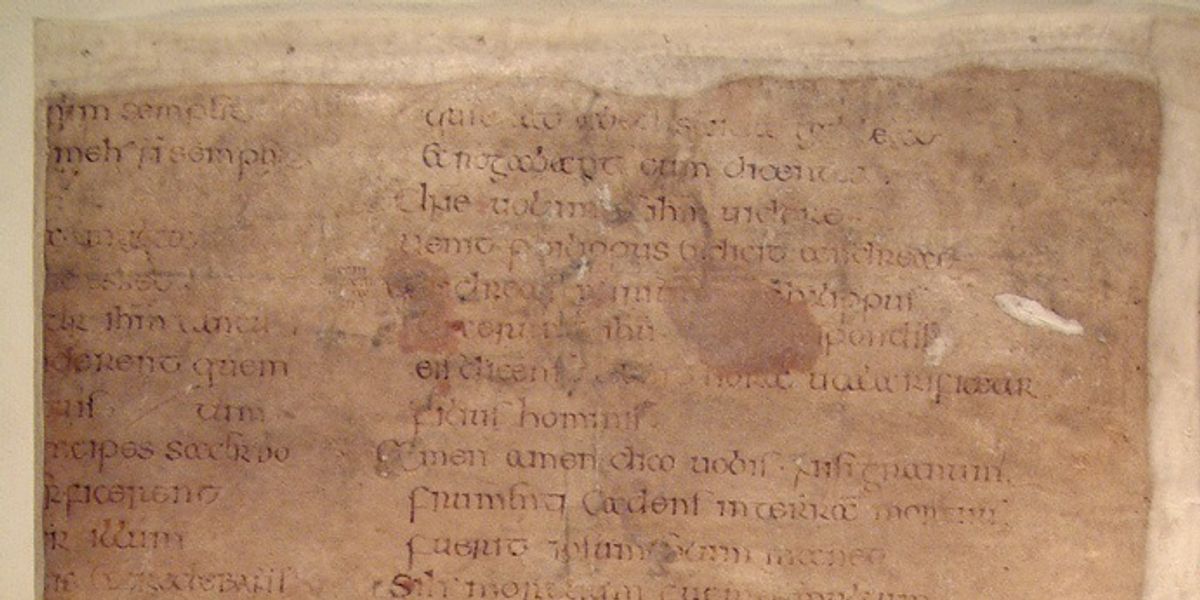 Books provide some of the richest evidence for the early medieval art of the British Isles. Production of texts called for extraordinary skills: those of the calligrapher writing the script and of the artist creating the decoration or ‘illumination’. High levels of technical knowledge were required for the preparation of the parchment (or vellum) from animal skins, the mixing of inks for writing and decorating, the hammering of gold leaf for decorating, and binding the finished sheets together.

Monasteries were the centres of early medieval book production in the British Isles, particularly until the early 12th century, when books started to be produced by secular scribes who were not members of a religious order. Perhaps the best-known examples of these early manuscript books were produced in Scotland, Ireland and the north-east of England. The Lindisfarne Gospels were produced on the island of Lindisfarne in Northumbria in the early 8th century, and the Book of Kells, also a gospel book, was produced probably on the island of Iona in the early 9th century but closely associated with Kells in County Meath. These books were richly decorated as an act of glorification of the Christian message. Their bindings included precious metals and stones; the books were reserved for use on special occasions. They were kept securely with other church treasures; their valuable materials made them targets for Viking raids.

The earliest book, or rather fragment of a book, in the Cathedral’s collections dates from the early 9th century (reference DCc/AddMs/16). The single leaf came from a complete Bible which was almost certainly produced at St Augustine’s Abbey, where it formed part of the abbey’s book collection. The leaf in our collections has text from the Gospel of St John, written in Latin. It is in a damaged and fragmentary state, perhaps because of use in bookbinding. However, it is an important and precious survival.

The British Library holds a further section from the Bible, which it has called the ‘Royal Bible’. This section is also of the Gospels. One folio from the Acts of the Apostles is held by the  Bodleian Library in Oxford. It seems that the volume once had over 900 leaves; its large format suggests that skins from at least 500 animals were required. While the Canterbury leaf is undecorated, the section at the British Library includes rich decoration, script written in gold and silver, and leaves dyed with purple ink. Overall, it was a luxury volume. Complete Bibles were rare in England in this period; it was more common to produce books of the Bible individually or in groups.

The Norman Conquest brought changes to the methods of producing books and to the types of books which were produced in England, as shall be explored in the next article in this series.