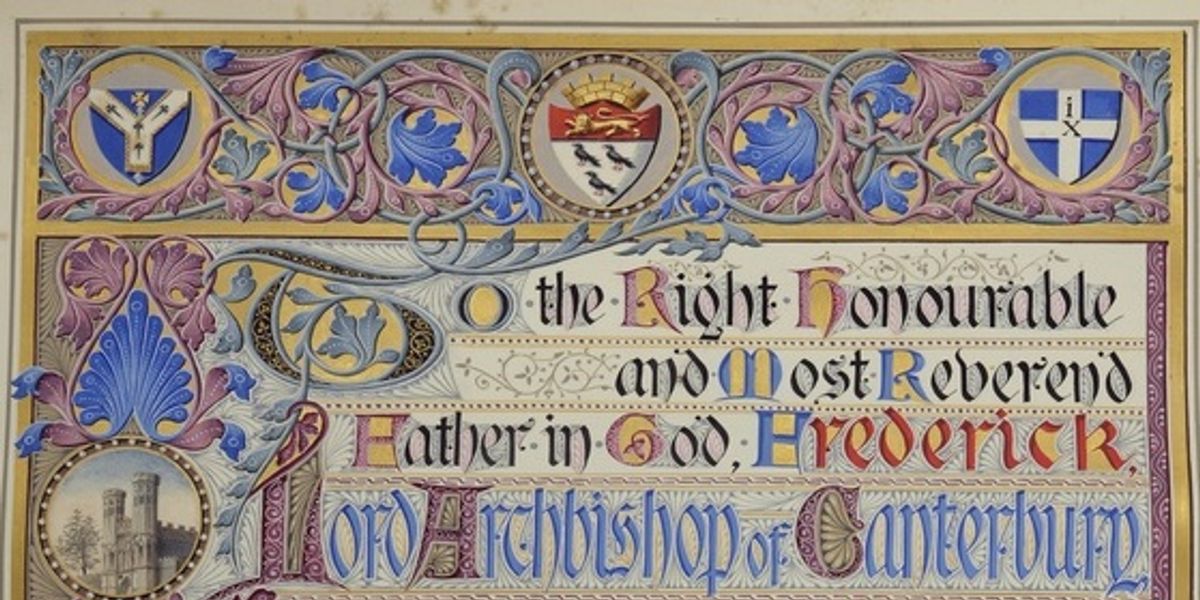 While the cathedral was a popular visitor destination in the 18th century, overall Canterbury remained a provincial city. The Archbishops of Canterbury spent little time in their cathedral, remaining mostly in Lambeth Palace, just over the Thames from the Houses of Parliament, more convenient for affairs of state. They had no home in Canterbury from the 1650s until the completion of the current Old Palace in 1901. Right from 1533, when Thomas Cranmer was enthroned as Archbishop in the cathedral, until 1848, no Archbishop came to Canterbury to be enthroned when taking up the office. They sent a representative, or ‘proxy’, to be enthroned in their place. Victoria only visited Canterbury once during her reign, and did not come to the cathedral. It is surprising to us that the city which houses the first cathedral of the Church of England and the seat of the Primate of all England featured so little in the itineraries of the monarch and her early Archbishops.

The Victorian period was a time of great change for cathedrals, as it was throughout society. Cathedral governance was reviewed in a series of reforms, leading to the reduction in number of cathedral residentiary canons or ‘prebendaries’ in the 1840s and the transfer of cathedral estates to the Ecclesiastical Commissioners in the 1860s. The reforms met much resistance from Deans and Chapters, and lead to significant changes in cathedral life.

From the mid-19th century, Archbishops of Canterbury began to engage more with their cathedral, and the cathedral came to play a more important part in their ministry. In 1844, Archbishop William Howley commissioned the new stone throne in the quire which was designed by George Austin senior; Archbishop John Bird Sumner was enthroned in it in person in 1848. From this occasion onwards, Archbishops were always enthroned in person, and the events became well attended. The opening of the London to Canterbury railway in 1861 made travel to Canterbury much easier. This made it possible to hold receptions for attendees of the Lambeth Conferences from 1878. The first of these conferences, convened by the Archbishop of Canterbury and attended by bishops from Anglican churches across the globe, was held in 1867. Since that date, they have usually taken place every 10 years; from 1978, conferences have taken place in Canterbury, at the University of Kent, and the next conference is due to take place here in 2021. The cathedral’s role as the Mother Church of the Anglican Communion is now shown by the Compass Rose, the symbol of the Communion, set into the nave floor, dedicated during the 1988 Conference.

The document featured here is a scroll presented by the Mayor, aldermen and citizens of Canterbury to Archbishop Frederick Temple, the last Archbishop of Canterbury of the Victorian age, for his first official visit to the city in 1897. It is a beautiful example of the arts of the calligrapher and illuminator, and shows the heraldry of the cathedral, city and Archbishop, and also local scenes. Frederick Temple rebuilt the Old Palace in the cathedral precincts; Addington Palace near Croydon, the summer residence of the Archbishops, was sold in 1898. The Old Palace meant that time spent by Archbishops in their cathedral and diocese increased significantly. After his death in 1902, Frederick Temple was buried at the cathedral, as his predecessor Edward White Benson had been. Previously, no Archbishop had been buried at Canterbury since 1558.