The later medieval cathedral: The building of Bell Harry 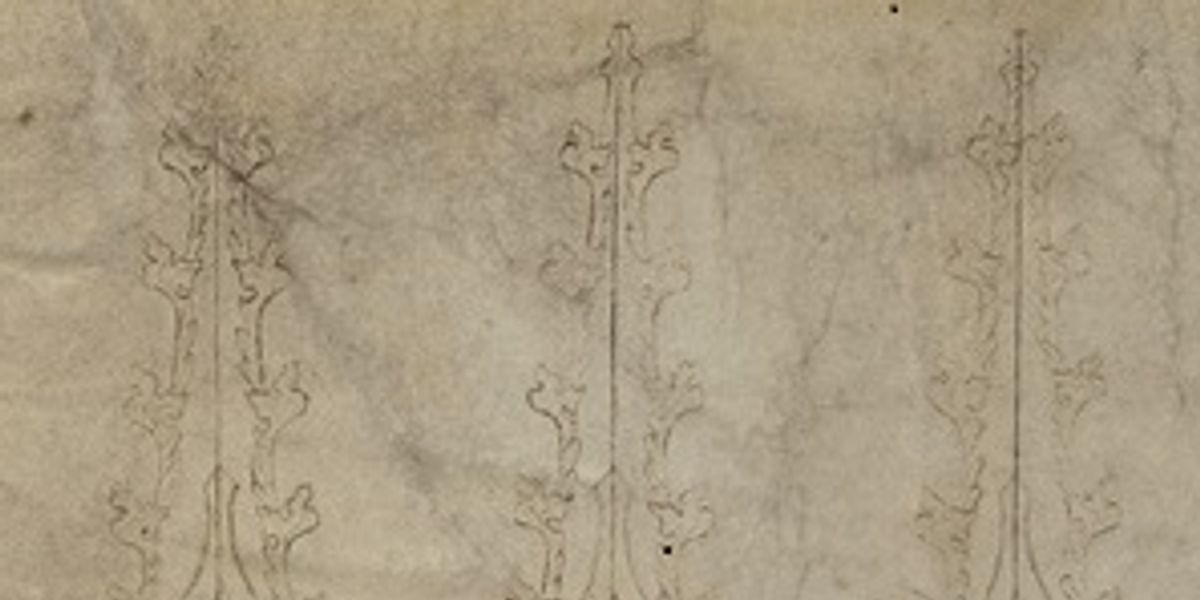 Canterbury Cathedral is a complex building which has developed over the centuries. The earliest parts of the standing structure date from Norman times; the latest is the north-west tower, which was built in the 1830s to replace an unstable Norman structure.

An invaluable resource for understanding the layout and appearance of the 12th-century cathedral and monastic buildings is the ‘Waterworks Drawing’, which is a very rare plan made in the 1160s. This drawing is in a volume of the Psalms known as the Eadwine Psalter, which was created at the cathedral priory and held in the monastic library. Removed from the collections after the Reformation, it is now in the library of Trinity College Cambridge. The ‘Waterworks Drawing’ shows in fine detail the cathedral church and surrounding buildings, as well as the sophisticated water supply.

Otherwise, the only evidence for the exterior appearance of the medieval cathedral can be taken from the buildings standing now and from depictions in the wax seals used by the cathedral priory for ‘signing’ important documents. The design of the seal matrices (or stamps) is exquisite, but is inevitably stylised, so they can only give a general idea of what the building looked like.

The architects and masons of the medieval cathedral used drawings and templates to guide their work, but survivals of these are extremely rare. At York Minster and Wells Cathedral there are tracing rooms where masons drew templates, marks of which can be found in the plaster. At Canterbury Cathedral, there is one surviving drawing which may be a design for the construction of Bell Harry Tower in the late 15th century.

Following the rebuilding from the 1370s onwards of the western arm of the cathedral, including the nave and the western transepts, in a ‘perpendicular’ style, attention moved to the central tower. Also known as the Angel Steeple because it was topped by a gilded statue of an angel, it was a Norman structure. The rebuilding of the central tower was led by Archbishop John Morton, and work started in 1491-2. Morton chose for the work the architect John Wastell, who is best known as the architect of King’s College Chapel in Cambridge. Accounts surviving in the archive record the purchase of huge quantities of Caen stone and bricks. Also surviving is a letter from the Prior, John Selling, to Morton dating from about 1493 saying that Wastell had drawn two designs for pinnacles for consideration. It is irresistible to speculate that the drawing shown here is one of those drawings; historians have both supported and refuted this idea.

The soaring Bell Harry Tower, which is called after the bell given for the previous tower by Prior Henry of Eastry in the late 13th century, is one of the cathedral’s great glories. It is a masterpiece of medieval design and craftsmanship, completed perhaps 30 years before the Dissolution, when the monastery at the cathedral was closed under orders from King Henry VIII, and when a new chapter of the cathedral’s history began.