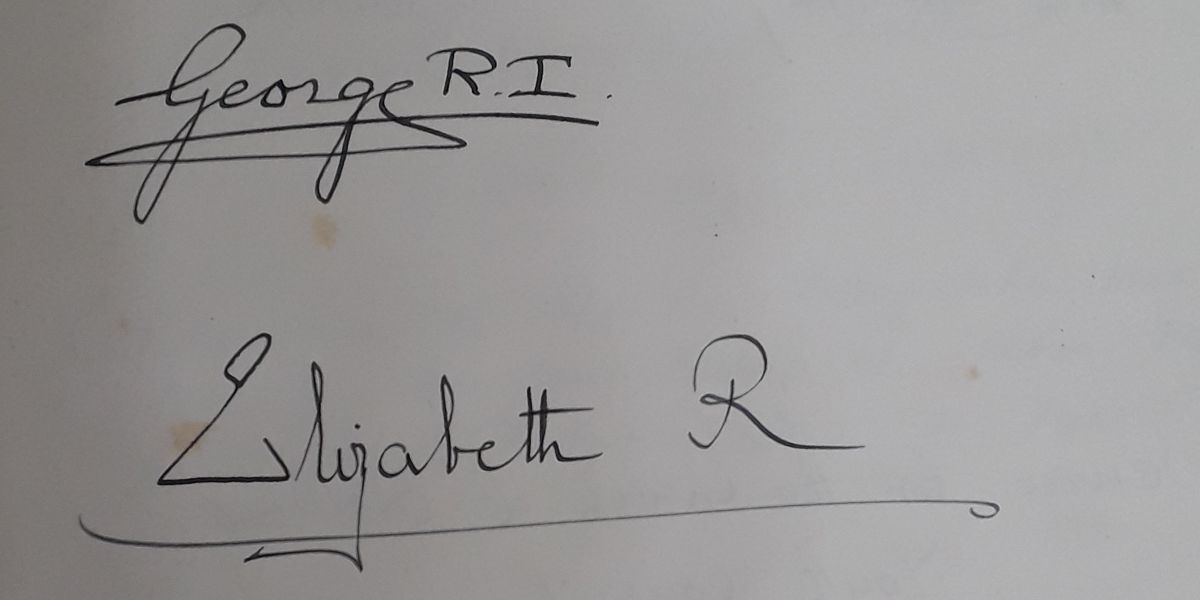 Over the centuries, the Cathedral has touched the lives of millions of people. It has left its mark in their memories; many people have left their mark here. The Cathedral has hosted thousands of occasions great and small, from the magnificent ceremony of the translation of Becket’s remains to the Trinity Chapel shrine 800 years ago in 1220, to intimate baptism, marriage and funeral services. Records of individual occasions preserved in the archive will differ depending on the century, ranging from first-hand accounts of events, to register entries, to photographs, to moving image.

Partly because of developments in transport links and communications, partly because of the increased use by Archbishops of Canterbury of their cathedral, the 20th century saw an increase in the number and range of major events in the building. As mentioned in the account of the Victorian cathedral buildings, only from the 1870s were sermons preached in the nave, and the pulpit was erected there in 1898. This led the way for large gatherings in the early decades of the 20th century, particularly from the time of Dean George Bell onwards.

The first service broadcast from the Cathedral was in 1925. Three years later, Bell revised the enthronement service for the occasion of the enthronement of Cosmo Gordon Lang in December 1928; the event was deemed a great success. Bell’s interests in ecumenism and the arts were reflected in the service, which was broadcast on the radio by the BBC. The service featured a long procession, including representatives of the Government, of other Provinces in the Anglican Communion, of other Churches, and of the universities. Major figures from the worlds of music and literature also attended, including Rudyard Kipling, Laurence Binyon and Ralph Vaughan Williams (who had composed music for the service).

For some of these great occasions, signatures can be found in the Cathedral Visitors Book, which runs from 1902 to 1996. Shown here are the signatures of the royal party who attended the ‘Service of Thanksgiving for the Preservation of Canterbury Cathedral from Destruction by the Enemy During the Late War’, held on 11th July 1946. It was attended by King George VI, Queen Elizabeth, and Princess Elizabeth, the present Queen.

Also shown here are the signatures of Archbishop Robert Runcie and Pope John Paul II on the occasion of the visit by the Pope in 1982. The service held was entitled ‘A Celebration of Faith’, and was held on the eve of Pentecost. This was an event of profound ecumenical importance; it was also the first time a pope in office had ever visited the Cathedral. Perhaps the most powerful record of the event is the photograph of the two men united in prayer at the Martyrdom, the spot where St Thomas Becket was murdered for his support of the Church in 1170. Present during the service was the ‘St Augustine Gospels’, the book sent by Pope Gregory the Great in the year 597, which started this series of articles [link to https://www.canterbury-cathedral.org/heritage/collections/a-history-of-canterbury-cathedral-in-20-documents/item-1-dcc-addms-25/ ], and with which the Cathedral’s story began.

The Visitors Book was also signed by individual visitors. Shown here is the signature of Mahatma Gandhi, the peaceful campaigner for India’s independence from the British Empire. In 1931, Gandhi was invited to Canterbury by the Dean, Hewlett Johnson, who was interested in world affairs. Other members of the Cathedral Chapter disapproved of the visit and refused to attend the welcome reception. Indeed, relations between the Dean (known as the ‘Red Dean’ for his communist sympathies) were often strained. Characteristically, Gandhi travelled to Canterbury with his handloom, and a goat provided milk for him to drink.

The agreement for the Channel Tunnel, known as the ‘Treaty of Canterbury’, was signed in the Chapter House in 1986 by Margaret Thatcher and President François Mitterand of France. Both signed the Visitors Book too. History is made at Canterbury Cathedral.