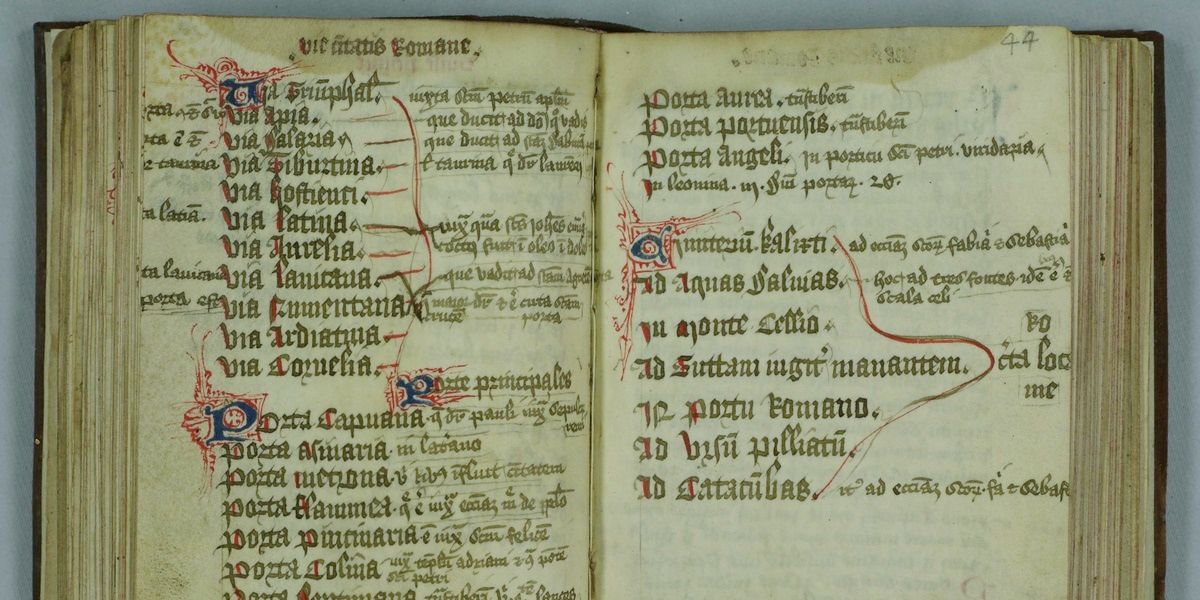 Canterbury Cathedral has been shaped by being the earliest cathedral foundation in England and by being the seat of the Archbishop of Canterbury, the senior bishop of the Church of England. It has also been shaped by pilgrimage. The murder of St Thomas Becket in 1170 made the cathedral one of the most popular pilgrimage destinations in Europe throughout the Middle Ages. Pilgrims continue to come in large numbers to the city and cathedral, including those following historic pilgrimage routes such as the Via Francigena between Canterbury and Rome.

Pilgrimage has evolved over the centuries, but in essence it remains the same: a meaningful journey to a sacred place. Pilgrims came to Becket’s tomb in large numbers in the decades after the murder, some seeking healing from their ailments. We know much more about these early pilgrims than we do about pilgrims coming later in the Middle Ages. In the early years of the cult of Becket, while it was being established, stories of about 700 miracles were carefully recorded, and some miracles were depicted in the stained glass which was made to surround the new shrine dedicated in 1220. In later periods, accounts of visits by individual pilgrims are scarce, and they mostly relate to high profile visitors. Financial records provide evidence for the numbers of visits by pilgrims, but there are few personal stories.

Our concept of pilgrimage to Canterbury in the later Middle Ages is heavily influenced by The Canterbury Tales, the account written by Geoffrey Chaucer at the end of the 14th century of a group of pilgrims travelling from Southwark. The poem, in Middle English, centres around the stories that the pilgrims told each other during their journey. The work gives a colourful impression of what pilgrimage might have sometimes been like, even though the characters are fictional and larger than life. The decades after the Black Death saw an increase in the popularity of pilgrimage, and several large inns to accommodate visitors to the city were built at this time. Huge numbers certainly visited the city in 1420 for the fifth fifty-year jubilee of Becket’s martyrdom. Recent work by the University of York has done much to aid our understanding of the later medieval pilgrims’ journey to Canterbury and their experience within the cathedral itself. Becket’s shrine was cared for by monk shrine-keepers. A handbook, or ‘customary’, of the shrine-keepers dating from 1428 survives in the British Library and is a fascinating record of how pilgrims were received at the cathedral.

Canterbury to Rome. They come from a volume in the Archives (DCc/AddMs/68) which was written in 1477 by William Brewyn, who describes himself as a chantry priest at Becket’s shrine. Brewyn describes the route between the two cities, and gives an account of the sites and churches of Rome. Pages shown here include a list of the roads (‘viae’), gates (‘portae’) and cemeteries in Rome, and a description of St Peter’s Basilica at the Vatican. The volume is a rare and lucky survival, a record of the Eternal City seen through a Canterbury monk’s eyes.

In this year, 2020, Canterbury was due to mark the major Becket anniversary, including with the loan from Rome of a relic of the saint. The cathedral was due to attract pilgrims from far and wide. Because of the health crisis, these activities will be postponed until 2021; pilgrimage to the cathedral has instead been virtual through the website, for streamed services and online content.