Penance and Prayer: A Medieval Tribute to St Thomas Becket 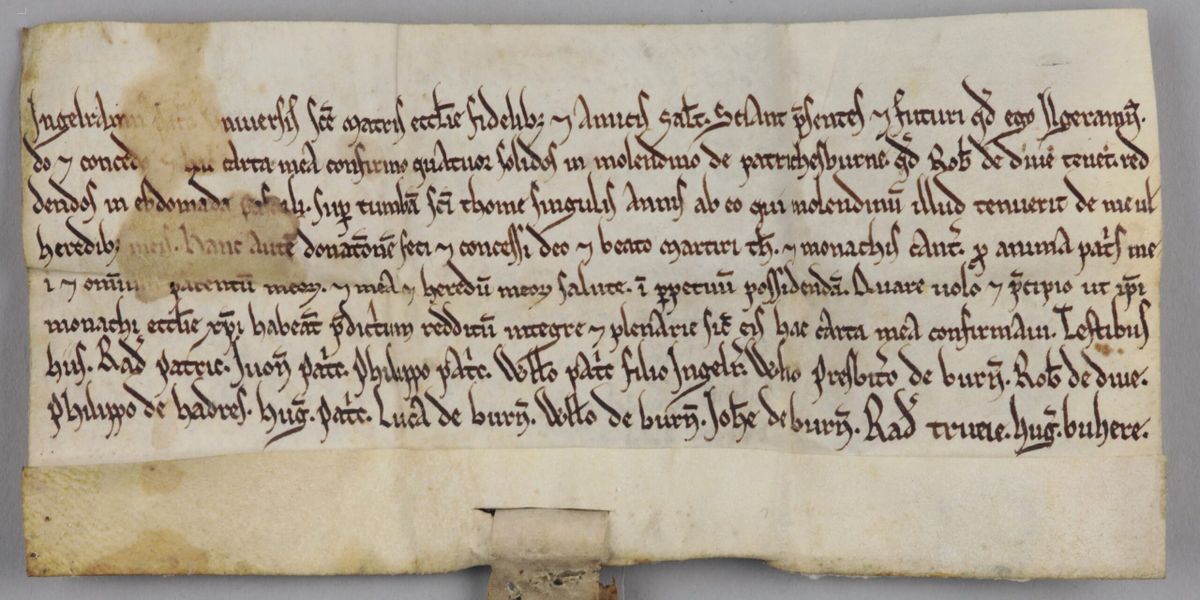 On 12th July 1174, King Henry II (reigned 1154-1189) descended into the crypt of Canterbury Cathedral, to the tomb of St Thomas Becket. There he did very public, and humiliating, penance for his dispute with Becket and his role in the Archbishop’s death, and observed an all-night vigil at the tomb. This pilgrimage was undertaken, at least in part, as a reaction to the so-called Great Rebellion which took place in 1173-1174 and had seen large parts of Henry’s empire rise up in support of his sons. Henry’s visit was certainly seen by contemporaries to have been successful because the morning after his vigil, a key rebellion instigator, William, the King of Scots, was captured, and order was restored shortly afterwards in both England and the Continental territories. The obvious implication was that St Thomas had intervened on the part of his old friend and king.

As Henry’s visit demonstrates, within just a few years of Becket’s murder on 29th December 1170, the tomb had become the focus of popular devotion and pilgrimage. This is also shown by a late twelfth-century charter held in the Cathedral Archives, granted by Ingelram Patrick (CCA-DCc/ChAnt/P/40). The Patrick family originated in Normandy and had accompanied William the Conqueror to England at the time of the Conquest in 1066. As a result, the family had received lands including what has become known as Patrixbourne, which is three miles or so from Canterbury. William Patrick, Ingelram’s predecessor, took part in the Great Rebellion and was imprisoned, captured by Henry II’s forces. However, the family’s lands in Patrixbourne seem not to have been seized.

The charter is not dated but Mary Berg suggests it was written between 1174 and 1190. It details that Ingelram had granted an annual payment of four shillings to the monks of Christ Church Priory. This money was to be drawn from his mill of Patrixbourne which was held by Robert de ‘Diue’, who is one of the witnesses to the charter, alongside several members of the Patrick family. The text of the charter provides precise instructions about how that sum was to be conveyed, which conjures a wonderful image. The money was, we are told, not simply to be paid to the priory. Rather, it was to be presented ‘on the tomb of St Thomas every year’ and, as was conventional, the charter was granted by Ingelram from himself and his heirs. Just as Henry had descended into the crypt in 1174, Ingelram anticipated that somebody would make the trip to the tomb each year with four shillings (i.e. 48 silver pennies) and, presumably, place them or, rather, the container in which they were held, on top of the tomb. Clearly, Ingelram was making a public offering not just to Christ Church, but also to St Thomas himself. That such a gift was conveyed within a few years of Becket’s death serves to illustrate the popularity of the cult, which would continue for the remainder of the Middle Ages.

After 1220, when Becket’s remains were ‘translated’ (moved) to the new shrine in the Trinity Chapel, a different route to deliver the money was necessary. It is likely that the money would have

been placed on the altar there, rather than on the Trinity Chapel shrine itself. It is unclear for how long the payment was made; in 1229, the priory took measures to secure the payment, with four years’ arrears, from the successor lord of Patrixbourne.

Ingelram’s seal is attached to the foot of the charter, pendant-style, by a thin strip of parchment. The seal was added to the document as a confirmation of the text and grant. By the end of the twelfth century, seal ownership was becoming more common at all levels of society, particularly amongst the nobility for precisely this purpose. The seal depicts a knight clad in chainmail and wearing a helmet (the traditional armour of a Norman knight on horseback), holding both a sword, which stretches to the edge of the seal, and a shield. This serves to confirm that the Patrick family was a family of warriors, with William the Conqueror at the time of the Conquest and against Henry II at the time of the Great Rebellion. The seal design meant that there was a reminder of Ingelram’s illustrious heritage at the foot of any document that he produced.